Today, SolidWorks 2015 peels itself from the cocoon of the Dassault dev chamber and releases itself into the loving arms of users around the world. (Fly free, fresh software, fly free.) Adam, Simon and I were flown to Boston last week to snuggle up around a conference table at the SolidWorks Corp HQ in Waltham, Mass to hear about development plans, new software products and get a look at what’s hot in the new version of SolidWorks. What seems like a regular ol’ release with regular ol’ updates to this feature and that, turned into a few moments of slapping each other’s saggy jowls with shock, both about the features in this version of SolidWorks and what we found out about the SolidWorks development path.

What are the new features in SolidWorks 2015?

How do you sum up all the new features in SolidWorks 2015? Well, if you’re the Twitter’ing type, you can see our real-time reactions here. But for the click-fatigued among you, we’ve compiled a nice little list for you to zip through–clickety-clack not required, just let that scroll wheel fly.

What Other SolidWorks Products are Coming?

MySolidWorks
First up is MySolidWorks, the website “for all things SOLIDWORKS.” Consider it the ‘Google’ for all of your SolidWorks-related needs… at least that’s what they tell us. To be honest we’ve never seen the benefit, but they’re really adamant that it’s a big step forward for SolidWorks users. (Shrug.) We have yet to be convinced. That said, they’ve added a lot more functionality to the site. They’ll be mixin’ together different cloud services from communication, sourcing (Manufacturer Network) to storage (MySolidWorks Drive) and sharing. MySolidWorks Drive is perhaps the most interesting with the ability to link any other online storage, including Box and Dropbox. It will come in three flavors: Base, Standard and Professional with Drive and Manf Network starting with the Standard version.

SolidWorks Treehouse
Remember this from SolidWorks Labs, oh, about five years ago? Well, it’s back with a vengeance. With it you can build out the structure of your assembly before you even start a new part or assembly. You can add new parts and assemblies, existing parts and assemblies, and configuration information. You also have the option of dragging and dropping in an existing assembly to Treehouse, seeing it broken out with the option to add additional parts and assemblies. This one’s actually going to be a favorite new feature for many-a-SolidWorkser (can we start calling SW users “SolidWorksers”? Please?) Seriously, it’s pretty great: think of it like building your BOM before you even start modeling or, if you projectile vomit when you hear words like “BOM”, think of it like writing down the ingredients before you start trying to bake your cake. It just makes sense.

Collaborative Sharing
This was subtle, but kinda big news. SolidWorks 2015 can now connect directly to the 3D Experience cloud, finally allowing it to interface directly with products like Mechanical Conceptual and Industrial Conceptual–at least in theory. This kind of Cloudy-Local hybrid is definitely going to be an important stepping stone as we move toward more connected MCAD workflows, and its nice to see that being recognized here. We’ve yet to see what this actually looks like, but the fact that it exists at all is a pleasant surprise.

Don’t be thrown by the ridiculously long and deceptively nondescript (and oddly French sounding) grammatical mashup that is “SolidWorks Industrial Conceptual”: we’re actually pretty excited to get our hands on this bad boy. And yes, like the equally polysyllabic jumble that is “SolidWorks Mechanical Conceptual,” it is a separate product on the “3DEXPERIENCE” platform (read: cloud), and is, for all practical purposes, completely separate from SolidWorks. That said, it looks really cool–cool enough, even, that we’d be more than willing to use a separate product if it meant having access to some of the juicy goodness we’ve been seeing. The plan from SolidWorks is to release SWIC in Q1 2015. Our guess is at SolidWorks World 2015.

Update: Things are looking promising: we **just might** be getting a demo machine pre-configured with SWIC on it for open review. That’s right, we’ll be doing a demo right here on The Smack just as soon as we can get our hands on it. Should be a gas. Stay tuned.

Ah, almost forgot. The ridiculously over-priced SolidWorks “Companion” product with zero interoperability and a name not even a mother could love? Yeah, they’re still going with it. And as for interop, it’s actually gotten some love on that front as well, since SolidWorks 2015 can now import quite a lot of data (mates, etc) from SWMC assemblies directly via the 3DEXPERIENCE link. It’s a cool product from a technical standpoint, so we’d be happy to see it become accessible to the typical SW user.

On a side note, we’ve actually been hunting high and low for SWMC customers to interview, and haven’t yet encountered one in the wild. That should speak volumes by itself. However, we’ve heard rumblings from afar to indicate they may have finally gotten the message on the pricing issue, so there may be changes on the way.

What do we think?

SolidWorks 2015 is, to our surprise and delight, one of the most solid releases to date with enough extra feature meat to chew on for a good long while. All the new features that we’ve tested during beta and have seen use examples of, are all features that would be used by the broadest sample of SolidWorks users across industries. It’s surprising because a lot of people thought (or wanted to think) that SolidWorks as we know it was being phased out. Bertrand Sicot, SolidWorks CEO, reinforced during the launch event that SolidWorks would “be around for 15 years, maybe longer.” They are, however, gradually shifting to more products in the product portfolio, allowing people to adapt to the whole 3DEXPERIENCE platform and how it handles data. While their Product Portfolio Powerpoint slide is filling up, the shift in product offering, pricing and how companies/independents will benefit is still something that hasn’t been communicated so well. Therein lies the mystery around the future of SolidWorks. The 2015 release is reassuring that they are still committed to dishing out the useful features to make product development a nicer place to be. If you’ve thought SolidWorks hasn’t had any dramatic updates in the past, be assured that SolidWorks 2015 is one of the most worthwhile updates we’ve seen from them in a few years.

Now everybody watch this video, point, and laugh: 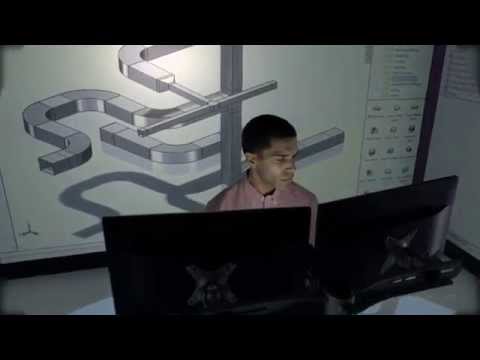 Head over to the SolidWorks site to stay updated.

This Autonomous Robot is Squishibly Soft (and Nearly Indestructible)