Someone rightly stated that ‘if we don’t want a generation of robots, someone should fund the arts!’ No matter how good a read the article on Scott Eckert and the Baxter Robot is, the truth of the matter is that mechanical muscle is replace the human element. Companies like Rethink Robotics are changing the way we plan our workforce these days. 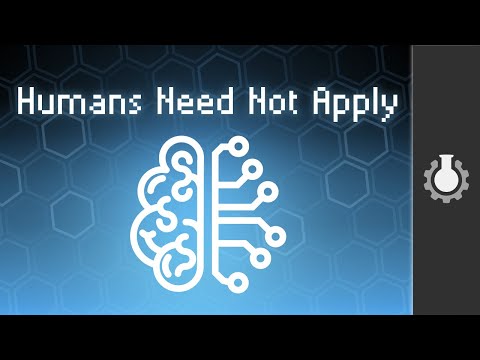 According to Ecker, manufacturers that are using Baxter simply up-train the displaced workers with more skills and give them a better job to do. However, this interesting video that we found goes on to showcase how vulnerable we are in terms of jobs and robotics replacing us.

Physical Labor is being replaced with the use of low cost robots that are easy to use. Apparently they cost less than the average annual salary of a human worker. General-purpose robots are making many workers sweat for their jobs. Just like how generic computers were once expensive and complex, their evolution has taken over many menial jobs. Something even as simple as making coffee is getting automated and soon a barista robot will be capable of remembering your favorite brew and blend, each time you order your cuppa java.

The point about the horses and their complete replacement with automotives is a stark reality-check that sends a chill down our spine. Cars replaced horses, leaving a great decline in their population and general purpose. We are like an obstinate horse that looks at our current technology state and thinks that it’s impossible to replace us in our jobs. But technology gets better, cheaper, and faster at a rate biology can’t match.

Automobiles – Yes, self-driving cars aren’t the future: they’re here and they work. If you think the insurance companies will cry foul, then forget it – they want a safe driver that makes no insurance claim. United States employs about three million people in the transportation industry, which translates to 70 million jobs across the globe. What this really means is that if robots are able to fulfill the basic needs of the auto industry, then humans will be replaced.

The Shape Of Things To Come – is a segment that simply outlines how robots are capable of filling out the shoes in the technology, software and creative (white collar) industry. Spaces where we thought the human-mind-application was the only way to go are also threatened by the advent of robotics. Artificial creative intelligence is able to replicate the creativity that stems form a human mind. This means professionals like lawyers, doctors, designers and musicians could feel the brunt of robotics in the future.

To sum it up for you, automation is not the necessary evil; our limited mindset that we are indispensible to our own race is the limiting factor. The inevitable of producing abundance for little effort is what drives us all; it is futile to fight it. What we need to do is think of ways to move in the right direction of sustaining our positions in the future.

On a side note – there is still hope for us workers, humanoid robots named “Pepper” will be sold in Sprint Corp stores in the US by next summer. This 1.2m robot dances, makes jokes and estimates human emotions based on expressions. We rest our case.