It was only a week ago when we got a sneak-peek at Carbon3D’s CLIP Technology which spread like wildfire across the design, engineering and general ‘maker’ community. The company claimed that they are able to print 3D objects between 25 and 100-times faster than more common additive manufacturing techniques including FDM and SLA-based 3D printing. Clearly, the ability to print a high-resolution object on your desktop in minutes (which Carbon3D CEO Joseph DeSimone demonstrated on-stage at the 2015 TED Conference in Vancouver last week) is something that many have been waiting for for years…if not decades.

However, just like any other exciting additive manufacturing technology that almost seems “too good to be true”, no details were announced about when, where and for how much the printer could be purchased for. As fast as ‘breakthrough’ additive manufacturing technologies have been rotating on the crowdfunding merry-go-round and various tech conferences, it’s been hard to “believe it until we see it”.

Less than a week since DeSimone presented his CLIP-based 3D printer on stage in Vancouver, an Australian company by the name of Gizmo 3D has announced that they are also working on a similar technology that can be described as an ultra-fast SLA-style 3D printer that uses Direct Light Processing (DLP) technology to create solid objects out of liquid resin.

The most important takeaway from all of this?

Gizmo3D is working on launching the printer on Kickstarter this summer while we’re still yet to hear anything from Carbon3D about their launch. 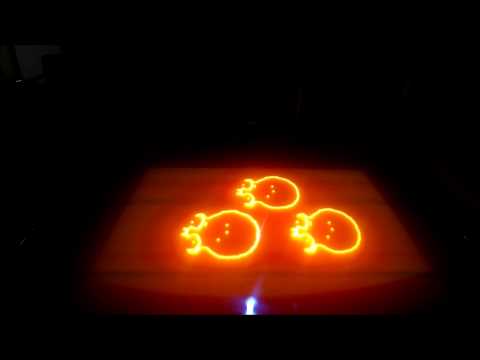 While the secret behind the technology will likely be announced with the Kickstarter campaign, it is already known that instead of printing broken layers, the printer ‘plays’ the layers like an animation without any breaks between the frames. Currently, the company is calling this process “Continuous Printing”.

The new company is planning to launch several 3D printers through their Kickstarter campaign including some entry-level printers that do not include the DLP technology. The printers will start at $2,500 and max-out at $6,000 with the DLP technology add-on for speeding up the process being an additional $2,500.

While little information has been released at this time, you can stay updated over at Gizmo3D.