MechWarrior, Robotech, Titanfall, you name it- fighting using giant robots is awesome no matter how you slice it and could soon become a reality. MegaBots are looking to make that dream come true with the world’s first 15-foot tall, 15,000-pound robots.

The robots will feature modular, pneumatic powered cannon arm emplacements that fire impressive 3-pount paint-filled balls – much like those used with hand-held paint guns. A two-person crew will pilot and fire the robots weapon systems in a live-action arena against other MegaBots, assorted vehicles and even weapon turret emplacements.

MegaBot turned to Kickstarter to get their robot warriors in production but fell short of their goal back in November of last year, however that hasn’t stopped the team from realizing their dream.

“We’re going to make giant fighting robots happen one way or another,” stated Matt Oehrlein, co-founder of MegaBots, Inc. “We’ve made the move to pursue traditional forms of investment to support the development of the company.”

MegaBots has turned to the public-at-large to help make their robotic warriors a reality and are looking for developers, technicians and pilots to join their team and get the ball rolling. They have even joined up with Autodesk to hold an A360 MegaBots Design Contest that encourages developers to help design components for the robots, which has a $2,500 grand prize for the winner. “We’ve had around 40 entrants signed up, and are starting to see the first designs come in. We’ve been pretty impressed with a few of them so far!” – added Oehrlein. 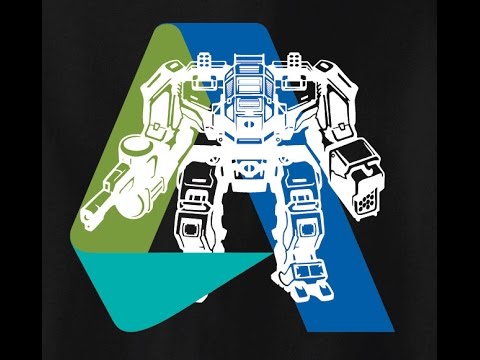 When asked if he thought the new robotic sport would catch-on globally, Mike and his team’s sentiment matched mine:

“We absolutely do. Love for giant robots extends beyond just the United States. While it’s likely that the first tournament will be held in the US, we will be working to make it an international spectacle farther down the road!”

Meca Bricks Brings an Unlimited Supply of LEGO to Your Browser