Considered by many to be the original all-conditions “action watch”, Casio’s G-Shock (Gravitational Shock) watches are known for their ability to resist shocks – including hard knocks and strong vibrations – and are designed primarily for sports, military and outdoor-related activities.

Although the stopwatch, timer, light and water resistance features may appear simple in an age of touchscreen multi-sensor smartwatches, the design and construction behind a watch designed specifically for resisting gravitational shock is anything but.

Designed by Casio engineer Kikuo Ibe in the early 1980s, the very first Casio G-Shock was designed around a “triple 10” concept: a watch that features a 10-year battery life, is water resistant to 10-bar and can survive a 10-meter fall onto a hard surface. In total, over 200 prototypes were created and tested through various extreme methods including being dropped from the roofs of buildings for the original G-Shock.

As a result of those strenuous tests, the final G-Shock design featured 10 layers of material (primarily rethane rubber) protecting the internal components including the quartz time mechanism and the various housing components including the steel case and caseback, the mineral glass watch crystal and the outer buttons, which were attached with flexible cables.

Today, Casio’s G-Shock brand has since become one of the most popular and recognizable watch designs in the world with tens of millions of units sold globally and hundreds of new models released annually.

In this newly-released video from the brand, we get a behind-the-scenes look at the rigorous testing that happens at the company’s Yamagata laboratory – specifically, for the new metal-based MT-G Collection: 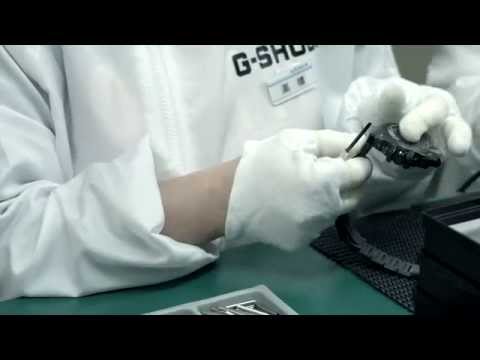 Find out more about MT-G Collection by heading over to G-Shock.