Today, 3D Systems announced that they have purchased 3D Printing company BotObjects, a UK-based company best known for two things: FDM 3D Printing in full, real-color and also being accused of consumer fraud and not delivering on their promised product.

At this time, it has not yet been disclosed just how much 3D Systems purchased BotObjects for. The only information thus gathered is that the BotObject ‘ProDesk3D’ machine will be rebranded as the ‘CubePro C‘, boasting of full-color printing.

Wait, isn’t that why 3D Systems bought ZCorp and built their own Color 3D Printer?

When we covered BotObjects back in April 2014, there was a growing tide of dissatisfaction, mitigated by the fact that there were promises of delivery and an actual machine, complete with a table of assorted bracelets and other colorful objects. According to comments on the video, people were still waiting as of December 2014 and others are demanding refunds.

Now it’s a new year – what will BotObjects being doing next? Apparently they’re hiring (?)

According to the press release from 3D Systems:

“Under the capable and experienced leadership of Martin Warner, who was named Vice President, General Manager botObjects for 3DS, the company plans to fulfill all of its current backorders for the recently introduced ProDesk3D as it concurrently transitions to the new CubePro C line and substantially expands its desktop reach globally. Until the company expands its manufacturing capacity, the CubePro C will be available in a limited release, with plans to expand distribution later in 2015.”

Below is a SolidSmack exclusive interview with BotObjects founders Martin Warner and Mike Duma at the 2014 Inside 3D Printing event in New York City back in April.

…as well as another covering the ‘unboxing’ of the latest version of the ProDesk3D: 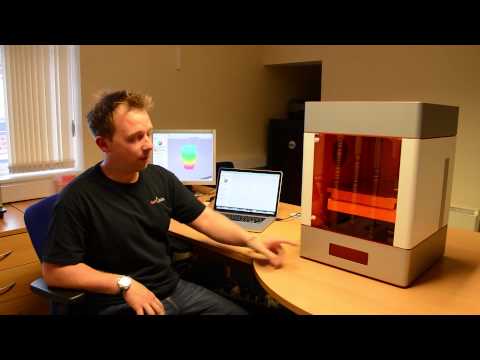 What are your thoughts on the purchase?

Perhaps more importantly…will 3D Systems be asking for their money back, too?