In case you didn’t catch our EngineerVsDesigner episode last year that featured BotObjects founders Mike Duma and Martin Warner discussing the development of their ProDesk3D full-color 3D printer, it was one of our most popular and most-commented episodes of all time…and for good reason. At the time, affordable full-color 3D printing was a relatively new concept…and the BotObjects guys lifted the bar pretty high only to later be met with skeptics, criticism, unfulfilled orders and a mountain of bad press. Released yesterday, this video shows the ProDesk3D in action…but with other 3D printers on the market that can print multiple materials as well as multiple colors, is the ProDesk3D too little, too late?

Announced almost exactly a year ago in April of 2013, many people were left believing that the ProDesk3D printer was merely just a fake product (renderings done in Adobe Illustrator?)…and nobody really knows why it was ever ‘unveiled’. Over the remainder of the year, various photos and other teases popped up including an open call for pre-orders that were never shipped at the announced shipping date…and still aren’t nearly five months later.

According to BotObjects, the ProDesk3D prints in full color at a 25 micron resolution using five color PLA re-usable cartridges not unlike what we’ve seen in 2D printers.

Here’s the printer in action: 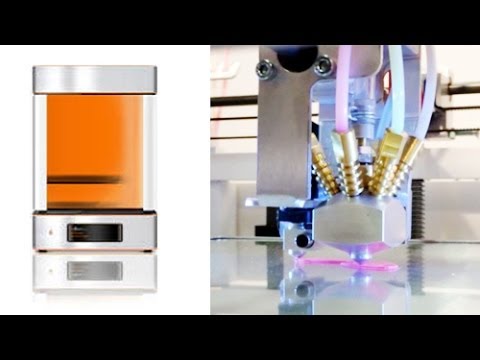 To hear more about what BotObjects founders Mike Duma and Martin Warner had to say about the ProDesk3D, check out the EngineerVsDesigner episode below that was released at the time of their product announcement in April of 2013:

While the video of the ProDesk3D in action is better than sample prints and renderings, it’ll be interesting to see where BotObjects goes from here. Perhaps they can start by fulfilling some of those pre-orders?

Forget Glass, Google Wants to Teach Consumers How to Build Their Own $50 Smartphones