Turns out rearranging molecules sounds like the soundtrack to a blood-drenched, space-horror film. As you’ll see (and hear) in the video below, Scientist and Engineers from Stanford University and the US Department of Energy’s SLAC National Accelerator Laboratory have found a way to move carbon monoxide molecules one at a time to create ‘designer electrons’ – variants of existing electrons, mind you – that can be tuned, squeezed, rearranged and stretched to make them do our bidding.

To create the new materials, they’re using an iridium-laced, atomic size tip of a scanning tunneling microscope (STM) to relocate the carbon monoxide molecules on top of a copper surface. Similar to the graphene nanofabric, but different in that they’re able to control the structure at the sub-atomic level. 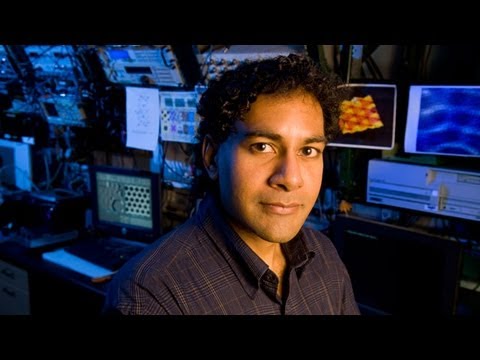 Of course the immediate idea is that this could be used for amazing new applications in electronics. That’s fine, but sooner or later you’ll take out your pocket-size STM moleciulizerator, scan a material, select apply magnetic force (or scroll through a group of preset material options), and have a new material variation being generated while you sip your espresso. Of course, these new material formations could never be combine with the idea of product design or 3D printing, or could they?

Spider and Scarab Guitars Put the Rawk in 3D Printing