There are two ways to increase bike visibility at night. You can either make the bike extremely big, or you can make it extremely gaudy so that everyone in your vicinity will notice you. This bike pedal leans towards the latter. 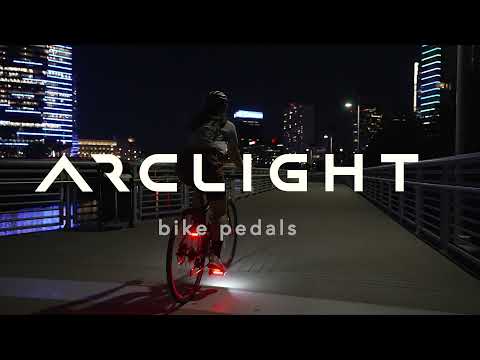 The Arclight Bike Pedals are modular LEDs that snap onto your bike peripherals. These motion-based lights can be placed on your bike’s pedals, front, back, and even your helmet to provide ample visibility.

Still, Redshift Sports made these bike LEDs to be particularly placed on the pedals. After replacing your old bike’s pedals with the Arclights, you can easily snap the LEDs on. Thanks to the magnetic locks, they secure themselves into place with a satisfying click – ensuring they won’t fall off during your bike rides.

The wraparound design of the LEDs (coupled with the motion of your pedals while on a ride) assures everyone can see where you are, be it day or night. If the moving lights aren’t still a dead giveaway of your location, the Arclight Bike Pedals can be set to one of three settings to emit a surrounding blend of red and white light on the ground – making you easier to spot in dimly lit environments. 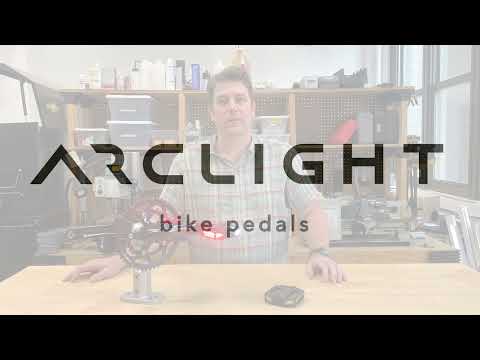 Moreover, the SmartSet sensors built into the Arclight Bike Pedals switch the lights on and off. This starts when you move the bike’s pedals where the sensor keeps the lights on. On the other hand, when the system senses no activity from the pedals, it automatically turns off.

Each LED can be connected to a USB port for charging or you can use the nifty charging dock that comes with the Arclight Bike Pedals to charge 4 LEDs at once.

While the Arclight Bike Pedals are made of aluminum, the LED casings are made of durable ABS plastic. Both of these pieces are weatherproof and they can withstand a lot of punishment while still making sure you’re visible even in the harshest of conditions.

You can’t put a price on safety, which makes it no surprise that the Arclight Bike Pedals are already fully funded on Kickstarter. Currently, it has a funding of US$183,317 – almost ten times its initial US$20,000 goal.  Nonetheless, the Arclight Bike Pedals Kickstarter page is still definitely worth a look, as you’ll find a ton of interesting behind-the-scenes footage of the manufacturing processes and stress tests of this illuminating bike attachment.

Kids in Japan Will Have Their Own Pokémon-themed Playgrounds