When one considers a fine, exploded blueprint of a mechanical device, do they really consider the blood, sweat and tears that have gone into it? Usually no, since no really appreciates the difficulty of creating correctly-surfaced timing cams and turbine blades.

Japanese Artist Atsushi Koyama does, painting ghostly arms and hands and putting them to work, aligning gears and tightening timing belts. Of course, he used oils to paint with. Solidsmack notes that the CADJunkie (Can I insert Adam O’Hern?) may or may not have been a model for these paintings.

Koyama holds a BFA in Art and a BSc in Mathematics, a neat combination of educations that elevate art to a level at which the EvD nation can really appreciate it. Currently Koyama’s work is on exhibition at Frantic Gallery in Tokyo, Japan, where they are also for sale:

This is what Frantic Gallery had to say about Koyama’s work:

“A machine – the simplest rotating devices of mechanical nature – come apart and expands on black background of Koyama’s canvases while parts of human body gently and with care hold, elevate or support the running parts. The Mechanism unfolds in human’s hands overcoming its utilitarian or even material nature and while generating aesthetical strength goes beyond the material. As a particular visualization of METAMACHINE Koyama’s devices transform and regenerate themselves into medium with access to supernatural dimension, as a mega-key to the parallel world where machine have same rights for beauty and sublime as human body in ours.”

Koyama also released a jazzy take on the creation of his work. Check it! 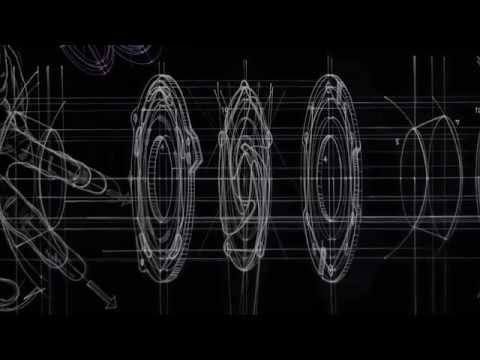 Purchase MODO 801 for 40% off, Then Jump into Cadjunkie's New MODO Series