Before the YouTube explosion of self-produced design sketching tutorials, a large amount of the industrial design, concept art and design engineer community learned how to ‘draw through’ and hone their visual communication skills with concept designer Scott Robertson’s sketching DVDs from the Gnomon Workshop.

The Art Center-trained concept designer—whose keen ability to bounce in and out of industrial design, transportation design and entertainment design has landed him with a colorful portfolio of design work including concept design for the movie ‘Minority Report‘—has been busy updating his design education resources as of late.

More recently, Robertson (along with industry pal Thomas Bertling) released his popular ‘How to Draw: drawing and sketching objects and environments from your imagination‘ late last year, which has earned nearly 140 5-star reviews on Amazon for its in-depth breakdown of the design sketching process and affordable price point.

The book has also been met with positive responses due to it’s seamless integration of video tutorials that are easily accessible through a companion app and a tablet. While the pages of the book feature step-by-step explanations of concepts, a simple glance-over with a tablet automatically loads the video for that specific project. Unlike other design sketching books, this immersive concept brings the best of both worlds to one seamless self-learning experience.

Coming up this Friday, November 21st, Robertson is releasing the follow-up to his ‘How to Draw‘ book with a book that explains the next step in the concept creation pipeline: ‘How to Render: the fundamentals of light, shadow and reflectivity‘.

“Environments are covered, and vehicles, products and characters. Yes you can use any rendering program you like or stay all traditional.﻿”

Using the same app+book combination that worked so well with the ‘How to Draw‘ book, Robertson and Bertling break down the complexities of light and shadow with a book that is broken up into two major sections: the first being the basics of shadows while the second is focused on reflective surfaces. Along with the basics of light and shadow, Robertson also lays some valuable ‘best practices’ info including file management and building material reference libraries, among others.

Robertson gave a nearly-20 minute explanation of the new book on his popular YouTube channel and it is definitely worth a look regardless if you prefer the analog route or the digital for bringing your concepts to life: 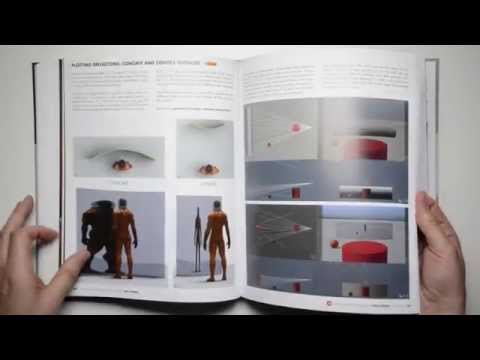 If you or somebody you know is looking for a great gift for the upcoming holiday season, you can preorder the book right now over on Amazon starting at $30.00 for a paperback edition.

The Floyd Leg Utility Set: Create Your Own Utility Table With Any Tabletop Surface