For those needing to create presentations on-the-go, the iPad has been both a blessing and a burden; while it clearly enables users to do something, it lacks the power to create something that most people would feel comfortable standing in front of while giving a presentation. Ultimately, the tablet has become an in-between tool for ideas on the go that can then be quickly polished in a full-powered desktop app before being saved into a final PDF deck for presenting. Thankfully, Adobe has understood this for awhile now and have been working relentlessly to make this 21st Century workflow as seamless as possible.

The software company, along with iconic former New York Times Design Director (and admitted iPad power user) Khoi Vinh have been working on creating a lightweight composition app for iPad that lets users quickly wireframe layouts and any other sort of composition that will later be polished in InDesign CC, Illustrator CC and/or Photoshop CC. Adobe is so confident about the new app that they’re even saying that “Adobe Comp CC (is) The Best Thing To Happen to Layout Ideation Since The Cocktail Napkin.”

The app was demoed by Vinh at last October’s Adobe MAX event and was met with an enthusiastic response by a community that is largely learning how to re-use their smartphones and tablets as extensions of their desktops – something that Adobe really tried to nail on the head at the conference along with introducing a handful of other mobile desktop extension tools.

Among the more powerful features of the composition app include the first implementation of the full Typekit catalog, which has been completely optimized for touch and fully-embedded for easy access on-the-go. Additionally, the integrated drawing gestures enable users to quickly and easily add elements without the need to pull out a pen or text tool:

“As energetic as sketching with pencil and paper, Comp CC, amps up the ideation phase of the design process. Then it enables designers to add polish to the quick-gesture comps with custom type and personal creative assets,” said Adobe on their blog.

“But the true beauty is in how those ideas, achieved rapid-fire no-holds-barred, are managed. No need to save ideas that may or may not make the cut. A single source file and a rich history feature mean that every iteration—that’s every single version of every single layout—is saved. No need to distinguish between creative genius and creative missteps; a quick drag of a few fingers left or right on the screen move through the file backward or forward in time, to view every comp.” 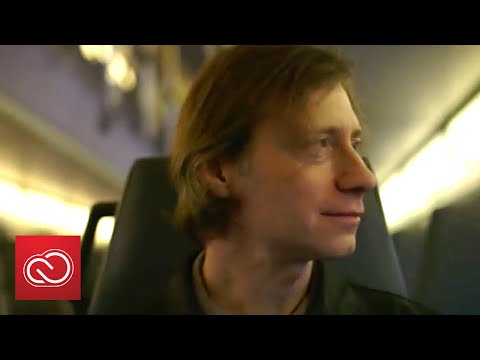 Adobe Comp CC is available for free over on iTunes.