The slaps came fast as if the bears paws were on a mechanical device geared to inflict all sorts of pain. They were in fact on a mechanical device. Paws attached to such a contraption as to make the head spin. But not one paw, not even two, but 5,286 paws spinning with a ferocity that could only be powered by these links.

Simon Stalenhag – Beautiful scenes of everyday life with a bit of a sci-fi twist. Prints available and don’t miss the Ripple Dot Zero game either.
A to B – Industrial and interaction designer Ruben van der Vleuten was curious about what happened between shipping and receiving a package. He put a camera in a box.
Unlikely – But not impossible images works from Giuseppe Colarusso. My personal favorite is cards on the mirror.
Dance party – Eventually you’ll forgive me for introducing this to you, you know, after minutes of dragging around and arranging dancing gifs.
Starfighter – The t-shirt. There is no doubt, this is a must-have shirt. Last Exit to Nowhere presents this Last Startfigher inspired tribute.
Best VFX – The top VFX artist pick the top VFX scenes. Even though they leave out so many, they also capture some you may have forgotten.
Nightvision – A stunning time-lapse of architectural monuments across Europe

Finally, your musical inspiration for the weekend. Thanks Mark. Dan, let’s hear some music. 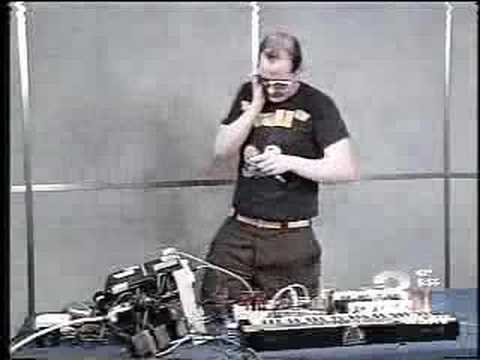