Sounds of the throngs bent the vapid air. Grey fur and red hues mixed among family upon the large beasts taking them to an unknown land. A horn would sound – you wait for the count. One, you continue moving. Two, you stop and dismount. Three, you attack to the right. Four, you deploy the full power of these links.

Kisoo Lee – Wonderful views of fantastical lands, castles and windmills, monuments old and ancient, and a peculiar rhythm across them all.

Beowulf Breaakdown – Behind the scenes in the incredible visual effects created and composited by milk vfx for the new Beowulf movie.

A Southerner’s Guide to Drinking – I don’t endorse drinking… unless you do it with class. See this guide on 15 libations every southern gentleman should know about.

Central Panik – I’m not completely certain what this surreal short is about, but it has very cool visuals… and there’s flying hamburgers in it. Making of included.

Carboard Airships – These amazing cardboard airships by Jeroen van Kesteren are my new favorite thing in the world. Ohhh, the detail.

Supernova 1987A – NASA has released new visuals of a star exploding with the power of 100 million suns. An interesting look into the before, during and after the death of a star.

B&W Children – Winners of the third annual B&W CHILD photo contest have just been announced. See children from around the world in everyday situations, but with lots of dramatic contrast. More sets in the Winner’s Gallery menu.

Vacuum Cannon – Project for the weekend, and a pretty simple one – a large, 10 foot long vacuum cannon with a 4 inch bore. BOOM.

GiTS Aoki Remix – Trailer for Ghost in the Shell featuring the Steve Aoki remix of the iconic theme of the 1995 anime version and how Weta Workshop made the Thermoptic suit. 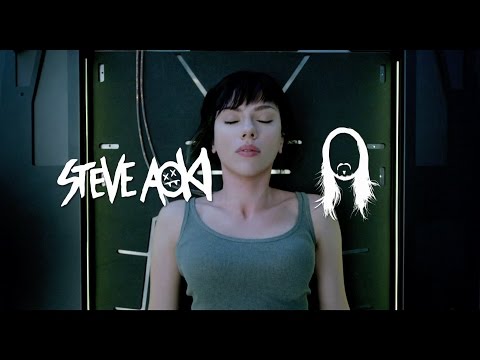