If we had a quarter for every 3D printing-related Kickstarter project that’s swept in over the past four or five years, we’d likely be on our way towards buying our own desktop machine by now with heavy pockets. But frankly, we’re more interested in a different type of desktop fabrication machine at the moment: the world’s first desktop waterjet cutter from new hardware startup WAZER.

Billed as a compact waterjet machine that can “cut any material with digital precision using high-pressure water,” the WAZER team is out to disrupt the waterjet cutting industry by bringing this subtractive manufacturing technology to every workshop.

While 3D printers –– at least the ones you would likely find in a small workshop –– are limited to plastics, waterjet cutting opens the door to nearly any material that can fit into the workbench, including ceramics, carbon fiber, stone, metals, and more. Previously, prototyping or otherwise producing objects with waterjet cut parts involved finding a local industrial provider. Now, designers and engineers can cut everything from knife blanks to bicycle cranks directly on their desktop: 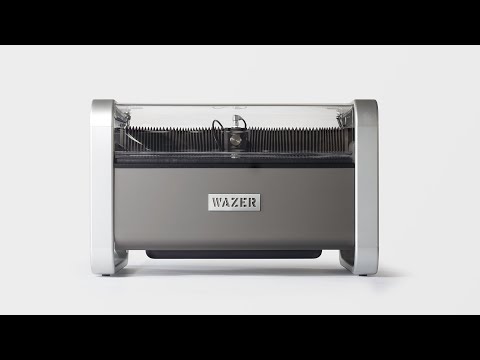 As you might expect, the process of going from part design to fabricated product has been relatively streamlined by the team:

“With WAZER, going from design to cutting is fast. Design your part in whichever software you’re used to, like Solidworks, Adobe Illustrator or Google SketchUp. Load that drawing file (DXF and SVG) into WAZER software and let the easy to use software guide you through setting up your cut.” 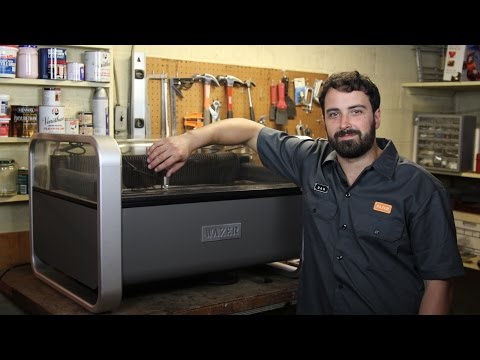 Despite having four experienced engineers at the helm, bringing industrial machine technology into a desktop experience is no piece of cake. Although the team raised early seed funding to help get their impressive prototype off the ground, they’ve since turned to Kickstarter to help put the machine into production. With nearly $1 million raised from their original goal of $100,000 and nearly a month and a half left to go in their campaign, these guys should be just fine.

Although the expected retail price will be $5,999, early backers have the opportunity to get theirs for 25% off ($4,499). Find out more over at Kickstarter.