Who could ever dislike Mario? The virtual plumber has been capturing the hearts of gamers worldwide since his first appearance in the 1981 classic, Donkey Kong, and has become synonymous with the video game industry as a whole.

To celebrate the mustachioed mascot’s newest game on the Nintendo Switch, YouTube user TheDominoKing spent the last two months setting up a number of gigantic falling domino murals depicting some of the game’s most iconic elements and characters. 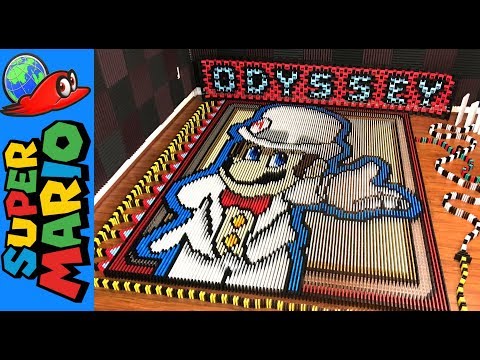 Made from a staggering 148,777 dominoes, the project was supposed to be done in time for the game’s October 27 release—but TheDominoKing decided to put it off for an extra two weeks in order to put a little more love into it.

The entire video is screen-linked—meaning, he edited the individual murals to seem as though they are all connected. Considering the complexities of the project, it only seems fair that he edit this five-minute video in such a way.

This isn’t even his largest domino mural video (that honor goes to his Undertale Genocide Edition video, which consists of 201,025 dominoes). To see more video game falling domino murals (as well as some pop culture-related ones), TheDominoKing’s YouTube channel is where you will find them.

Learn How to Create and Sell Your Own Online CAD Courses