At just 54 inches long and just 41 inches wide, the Peel P50 has held the Guinness Book of World Records’ title of world’s smallest production car for over 50 years.

Originally manufactured from 1962 to 1965 by the Peel Engineering Company on the Isle of Man, the three-wheeled urban micro cars – which were advertised as being capable of seating “one adult and a shopping bag” – are now capable of fetching upwards of $175,000 at auction.

In 2010, Peel Engineering started re-manufacturing the P50 with similar external features but with updated mechanical differences for today’s road legal standards including updated suspension, a reverse gear (!!), steering and drivetrain.

Earlier this week, the How It’s Made crew shared a recent tour they went on that shows exactly what goes into manufacturing “the world’s smallest production car”: 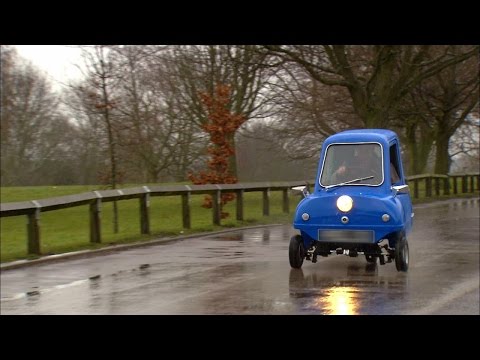