While toy designs start out much like any other product design – with an idea and a sketch – they can quickly become a more involved modeling exercise that requires expert sculpting techniques using both digital tools – such as MODO or ZBrush – as well as traditional sculpting tools including clay or wax.

While 3D printers have helped to rapidly speed up the process of going from digital model to part casting, many toy designers still prefer to use wax to carve the model from their initial sketch, which is then used to create the mold for the cast before being used to created hundreds or thousands of highly-detailed textured parts that are painted and assembled.

Considering the amount of ‘stimulation-heavy’ toys these days that feature multiple sensors, lights, sounds and various ‘connected’ features, there is something oddly satisfying about seeing this simple toy dinosaur go from a concept sketch to a deliverable product: 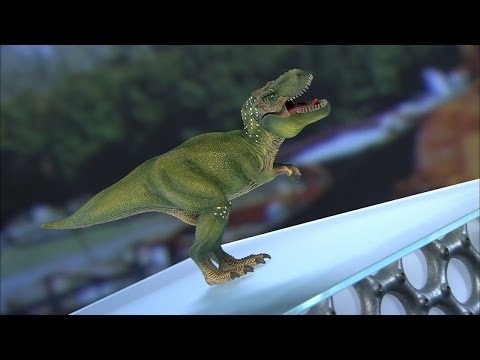 The video is one of many new releases that have been put out by the Science Channel for their How It’s Made series. Other recently-released How It’s Made videos worth checking out include Ski Bindings, Pencil Sharpeners and 3D Printers.