Humans these days are so dependent on the technologies our ancestors created. From the simple wheel to the high-tech computer, it feels like living without these inventions in this day and age is just downright impossible. What if we didn’t have them in our daily lives? What if we turned back time?

Designer Nikolas Bentel may not have a time machine (we’re not quite there yet), but he can do the next best thing: live life without our everyday technologies. 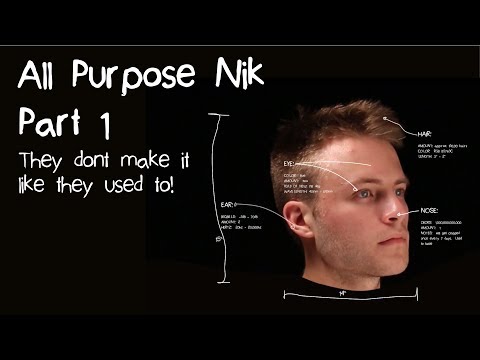 All Purpose Nik is a six-part video series wherein Nik examines how a common man would survive with just the skin on his back. Using nothing but his wits and physical prowess, he challenges himself to accomplish tasks we often take for granted. 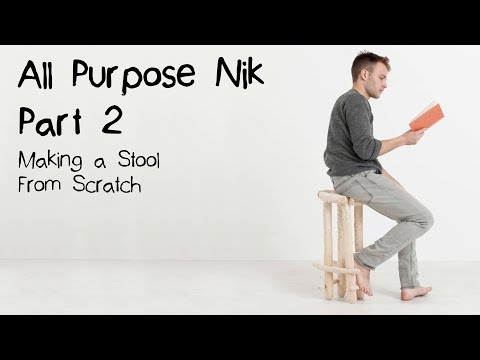 And what better place to start than with the simple act of sitting down. After a brief first part introductory video, Part 2 sees Nik trying to create a stool.

Without the help of an ax or chainsaw, “trying” seems to be the only thing Nik is capable of. Knocking down a full-grown tree isn’t as easy as it looks; as evidenced by his difficulty to bring it down. When he eventually does bring a few trees to the ground, it takes him up to five hours to bring them back to his shop.

Now you may be wondering how he’ll cut these trees to size. Instead of using a rock or sharp object, Nik does something particularly off-putting: he bites the wood apart with his teeth. It isn’t a pretty sight, as his mouth starts bleeding from all the splinters he chews.

It takes a while for it to sink in, but Nik eventually decides to use wood pieces which are easier to carve by hand but strong enough to support his weight. After going back into the woods for the parts, he gets the help of his dad (who happens to be a woodworker) to come up with a stool design which doesn’t need any adhesive or fasteners.

The end design is a stool which uses small channels to fit the legs onto the stool rest. By chewing through these small inlays, Nik can effectively assemble a stool using nothing but wood.

It’s hard to imagine a parent actually endorsing their child to chew through a wooden branch, but here it is. Paul aids his son by holding the branch in place while Nik chews and bites away. None of what Nik is doing seems pleasant at all, as by day two his teeth start to hurt and he has splinters in his mouth and nails.

After using Nik as a makeshift saw and hammer for about three whole days, the stool is finally finished. It took chewing and clawing through four long legs, a stool rest, and four supporting joints, but the seat is something of Nik’s design.

Be sure to catch the rest of All Purpose Nik as the succeeding parts will be uploaded on Nik’s YouTube channel. You can also check the project’s official webpage and Nik’s personal webpage for more details.

Cool Books of Doom: How to Draw by Scott Robertson