When it comes to seamlessly blending the pleasures of film fanatics who have a fascination with how the forged weapons from their favorite movies are made, the Man at Arms crew always delivers.

The Man at Arms team, which consists of expert blacksmiths and craftsmen with a penchant for keeping things interesting, have been regularly releasing a new process video on YouTube every other Monday based on the requests that come in from their community of over 3.2 million subscribers.

To date, the team has used their tried and true process of sourcing reference imagery from actual frames from a television shows and films to design and fabricate various weapons from scratch using traditional techniques that would have been used during the era that the story took place. Among other projects that the team has done include Arya’s Needle (Game of Thrones) and Oddjob’s Hat (Goldfinger).

For their latest build, the team took the Tarantino route and used traditional techniques to forge Hattori Hanzō’s Katana which was wielded by Black Mamba in the filmmaker’s 2003 thriller Kill Bill: 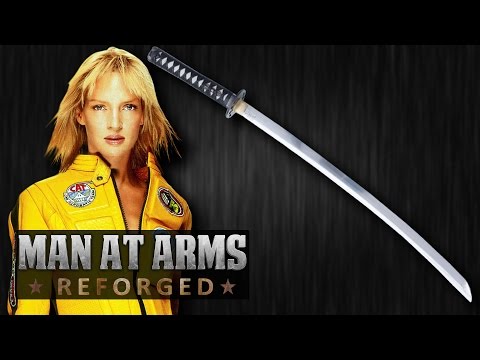 Be sure to check out rest of the team’s impressive library of builds over on their YouTube channel.

So You Want to Be a Design Engineer? Here's Five Tips for Landing Your First (Real) Job