Last 2015, entrepreneurs Simon Breum Fisker and Jacob Lindeberg Kickstarted a compact 3D printer which made the technology more accessible to children. Aptly called the Sculpto, it requires a simple Wi-Fi connection and control via a mobile app. With it, they can print countless designs found on the Internet and, if they’re feeling particularly creative, print their own designs as well.

The project was a mad success, with numerous kids in Denmark, printing flower vases for their mums, making their own toys and leaving test prints strewn across living room floors. To further enable these wee creators, the Sculpto company is getting ready to announce its newest addition to the product line: the Sculpto +. 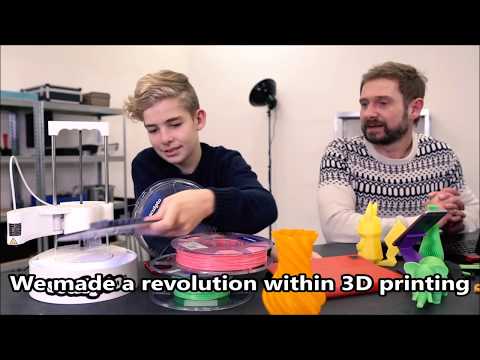 The upgraded version of the 3D printer has tons of features; not all of which have been revealed yet. Take one look at the Sculpto YouTube channel and you’ll see the most recent videos consist of a feature apiece. While you could spend 15 seconds to watch each video, I’ve distilled some features into photos which can be viewed in the span of ten seconds.

First off, the Sculpto app will undergo some changes and feature a brand new “model engine”. The software takes the best content from Thingiverse and makes it easy for people to access at the top of the screen.

The printing area has also been upgraded. Instead of constantly refurbishing the printing floor with finicky masking tape and other heat absorbing materials, Sculpto has opted to use BuildTak technology specialized for the 3D printing process. The BuildTak applied to the surface is heat resistant and more rigid than its repurposed counterparts.

The entire printing area has also been increased to five liters. This increases your chances of printing that scale model of a Tyrannosaurus Rex you always wanted.

As for the printing process itself, the Sculpto+ 3D printer is outfitted with smart accelerations which decrease the waiting time while making sure the object printed doesn’t look like something you would find at a cheap Chinese knockoff store. 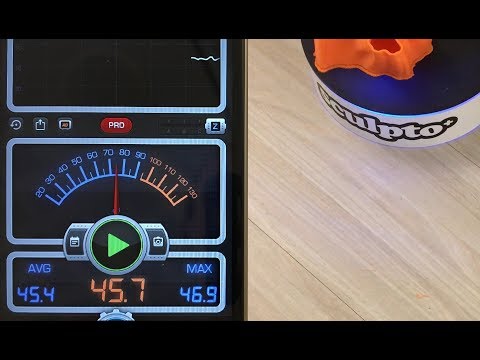 But what might be the best feature of the Sculpto+ is that it is completely silent.

Unlike some 3D printers which accurately mimic the sounds of construction work, the Sculpto+, measuring at about 46 dB, can be used in the same room as five sleeping infants. This could drastically increase the places where 3D printers can be used and save a lot of people from going deaf in the earholes.

These are but the first few features of the Sculpto+. The campaign launch date is set to hit Kickstarter Tuesday, September 5th, 2017 at a discounted, pre-order price. The original Sculpto cost is 3150.00 DKK ($495 USD), so we’re optimistic the Sculpteo+ price will be reasonable. To stay up to date on the news, you can subscribe to Sculpto’s newsletter on the product’s official webpage.