As 3D printing finds its way into solving a myriad of problems ranging from more traditional product development methods to more recent medical applications, there is one trait that leaves much to be desired: the ability to create multiple high-quality prints in a short amount of time.

While the recently-announced Multi Jet Fusion Technology from HP looks promising, it is still over a year away from being released and is expected to carry a hefty six-figure price tag…which would render the technology useless for most who want to produce their goods in-house.

The next best thing would be to look into injection molding your parts, however even that can bring about costs and logistical constraints that some might still find cumbersome for small production runs.

In case you’re unfamiliar with rotational casting, this video featuring a DIY solution should give you a good idea of what’s involved and what can be made: 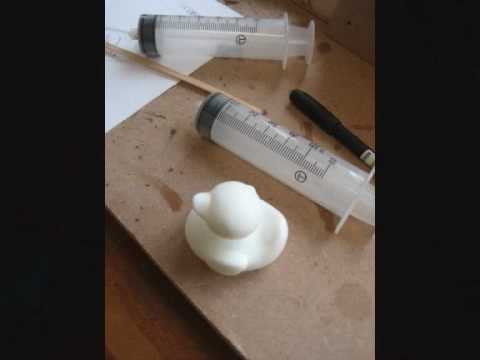 On their website, Magic Maker states that an object can be cast in a mold every 10 minutes…meaning that if you are doing a small production run of 60 products, all you would need is a solid working day and a giant pot of coffee…rather than a time-consuming industrial mold design and up-front costs associated with a more formal production order.

“Easily duplicate functional parts for all your making or engineering needs.”

As far as using the device, a user would 3D print a mold rather than their final object…which could then be finished to remove any imperfections. Once their 3D printed mold is rigged up to the Revocaster, any material can be used to create a small production run including polymers, resins, wax and food items.

We’ll keep you posted but expect the Revocaster to be launching on Kickstarter in early 2015.