I’m certain one of your favorite things is to dream of complicated and highly frustrating mathematical puzzles that boggle the mind. If so, you’ve heard of Henry Segerman and his wonderful creations. Henry is a mathematician at the University of Melbourne. He loves math(s) and he loves art(s). He and fellow mathematician Saul Schleimer have combined the two passions with the help of 3D printing to create mathematical 3D printed puzzles that brings another dimension (and perhaps another level of frustration) to the physical three-dimensional visualizations derived from two-dimensional projections of fourth-dimensional shapes.

Henry and Saul are also theoretical math researchers. Working collaboratively, they have developed models which have have physically manifested into projects such as Dodecohedron chains, 30-cell puzzles and most recently, the Quintessence family of burr puzzles. What are these odd names? They are, in fact, three-dimensional representation of fourth-dimensional shape. As mentioned in their paper (pdf) on the 30-cell puzzle, “When assembled the 30-cell is a part of the stereographic projection of the radial projection of the 120-cell in four-space to the three-sphere to three-space.”

Makes sense now, yes? Well, fortunately, Henry captures all of their creations on video, explaining the shapes, the puzzles and how these forms are created. Here he explains the 30-cell puzzle which illustrates it all quite nicely. 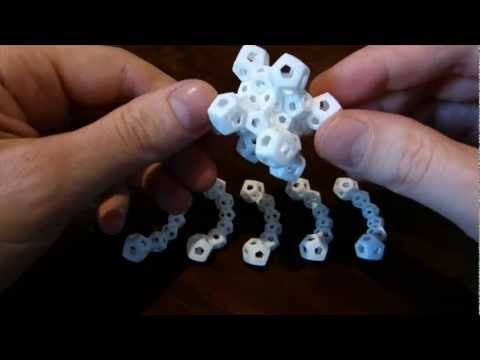 The Quintessence burr puzzles takes this one step further, with various ribs made from four, five or six dodecahedral cells, the goal being to is to assemble these ribs into self-supporting structures. They come in three sets–Meteor, Pulsar, and Inflation–and can be mixed and matched to create an unknown amount of possible puzzles. Here are just a few. 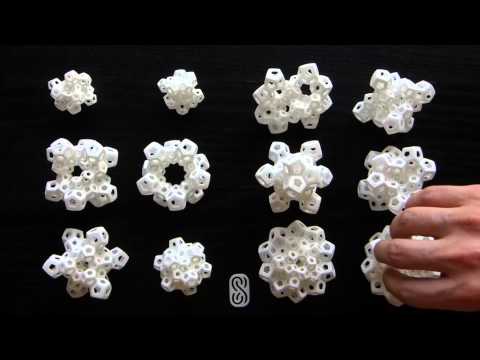 Mr. Segerman and Mr. Schleimer have put together a paper (pdf) on these as well, showing just some of the puzzle variations and the pieces it takes to create each one. But what fun is it if you can’t make them yourself? Well, you can. Segerman has all of the 3D printed creations, along with the three sets of the Quintessence burr puzzles available on Shapeways. You can also see more of his artwork at his website and snag other 3D printed mathematical art from his Shapeways shop.

A big thanks to Peter Zawistowski for telling us about this!