Removing 3D Prints. It ain’t easy. FDM 3D Printing requires that the first layers adhere to something, but of course, that something has to be not coated with superglue. Because nothing says “I suck at this” than giving your Girlfriend a bracelet that is either broken or firmly attached to the printbed. For this reason, there is the PRINTinZ.

Like their fellow product the FLEKS3D, the PRINTinZ is in ALLCAPS.

Oh, and you can make your printing life better. Print with PLA, ABS or Ninjaflex, then warp the bed and pop it goes off. No need for a knife (although there is of course, the Makeraser) to remove prints, or rather, a clam-knife (that’s what Lulzbot gave me) nor the ol’ razorblade method. Wayne Huthmaker has been selling his solution and sales have been moving quickly, selling hundreds worldwide.

From the outside, the PRINTinZ lacks the elegance of the FLEKS3D, such as having no neat looking frame to keep the bed from warping itself (ABS prints will stick and even warp a printbed). However, there are a huge variety of potential sizes and shapes and one that has a copper coating for the PrintrBot Metal so that it can detect and level the build plate. Adafruit is carrying them at the moment, pricing from $50 to $100, about the same price range as the FLEKS3D. Adafruit gives a positive review, noting that prints indeed stick and prints indeed fly off when the bed is bent. See video below. 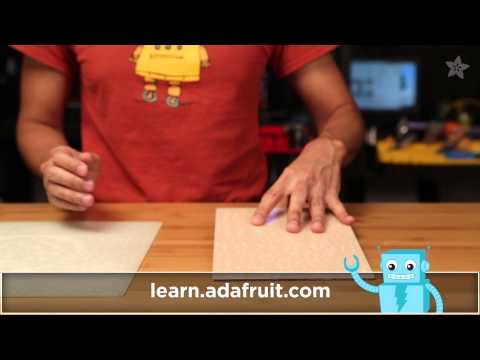 Solidsmack asked Wayne what the future holds for PRINTinZ, and he noted that while Nylon doesn’t stick to his current iteration, there is a prototype printbed in the research pipeline that Nylon adheres nicely to. Users are experimenting as well, reporting that “it works well with nylon with a little diluted PVA (Polyvinyl Alcohol, a type of water-soluble polymer) like other surfaces,  but it is easier to remove because the plate is flexible.”. EvD nation! Have you used the PRINTinZ? What have been your experiences?

Purchase MODO 801 for 40% off, Then Jump into Cadjunkie's New MODO Series