We’ve seen how viable direct metal laser sintering (DMLS) is as a method of reliably producing metal parts in industries ranging from aerospace to dentistry – but what about industries that regularly depend on structures made from multiple metal materials for different structural needs?

“Together, we are getting truly transformative 3D printing technology into the hands of engineers, manufacturers and designers around the world,” says the company in a recent blog post. “We are also completely disrupting existing markets, such as the metal castings sector, which will have a direct impact on the aerospace, medical and automotive industries, among others.”

The company has already been making strides in automating polymer-based 3D printing processes – as evidenced in this recently-posted video documenting the hands-free production of 18 whistles: 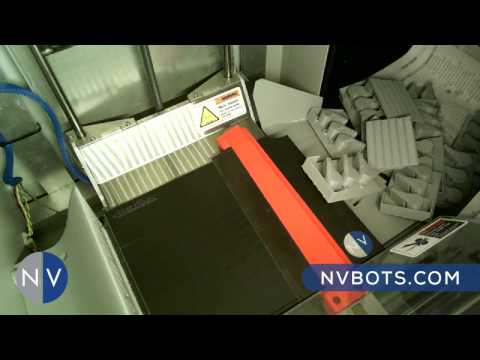 As for when we’ll start to see the company’s automated “factory in a box” – a name that once only described single-material polymer 3D printers – that’s still up in the air. However, the 3D printer is based on DMLS technology which is already prominent in the industrial sectors, so it could be sooner rather than later.

Question is – what would you create if you had automated enterprise 3D printing and 21 different metals at your fingertips?