We’ve been known to give Ben Heck a shout-out or two around here ranging from our episode of EngineerVsDesigner where Ben discusses how he got his start modifying game consoles to his more recent projects including hacking the Cubify Sense handheld 3D scanner. The latest project to come out of his workshop though is probably one of the more significant in terms of real human-centered design: The Accessibility Controller for disabled Playstation 4 users.

While we have heard time and time again how much prototyping goes into creating the ‘ultimate gaming controller’ between the latest XBox and PS4 models, nearly all of the ergonomics are rendered useless if you are limited to gaming with just one hand. With the majority of requests coming from right-handed individuals, Heck ‘hacks’ the left buttons and transitions all of the controls to the right side of the controller including the left analog stick: 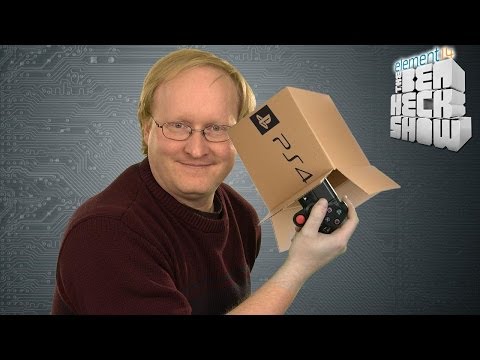 Be sure to check out more Ben Heck via the Element 14‘s Ben Heck Show.

SolidSmack Radio | So Fresh, So Clean