For over 25 years, paper engineer Peter Dahmen has been creating every last type of pop-up book or 3D paper structure imaginable. From the more traditional pop-up greeting cards to large-scale set designs for automakers such as MINI, the German graphic designer’s story of how he got started in paper engineering is just as fascinating as the craft itself.

As a child in Germany, Dahmen preferred spending time in isolation while the other kids played outside…oftentimes working with paper and painting in his bedroom. Naturally, this creative interest led him towards a career in graphic design.

It wasn’t until the late 1980s, when a teacher tasked him with creating a three-dimensional graphic, that Dahmen decided to bring his paper designs into the third dimension. During the same time—since he was without a car—Dahmen used his newly-discovered interest in pop-ups to explore different ways of folding his homework to fit more efficiently for transporting between home and school. The rest, as they say…is history.

Similar to his days as a young child in Germany spent inside cutting and painting, Dahmen has come full-circle and finds himself in his home studio today doing just that…and his work is always done by hand.

“I’m often asked which software I use, but that’s a mistake…when I started to create pop up cards I didn’t even have a computer.”

Similar to those who prototype with metals, plastics, wood and other hard materials, Dahmen will go through dozens of prototypes with slight tweaks along the way to ensure a flawless final design. According to Dahmen, the hard part isn’t making something 3D, but rather, making sure that the final design lays flat.

Understanding that his line of work is with little—if any—video resources for getting started in paper engineering, Dahmen has created a YouTube channel for those who want to dust off their self-healing cutting mats and X-ACTO blades: 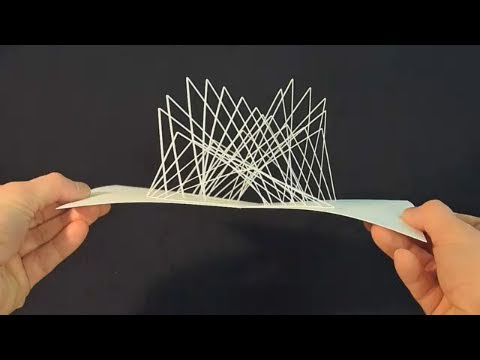 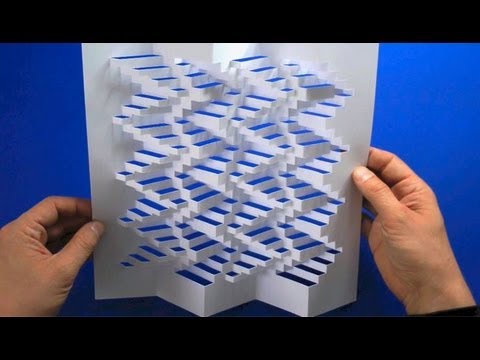 Be sure to check out the rest of Dahmen’s video tutorials and collection of paper sculptures over at his site.