No matter how you crease, fold, cut, or throw them, paper airplanes are a ridiculously fun way to learn the basics of aerodynamics at any age.

For Sao-Paola based designer Arthur Sacek, they were also the inspiration behind his latest LEGO build: an automated paper airplane manufacturing contraption that can take a single sheet of paper, fold it, and launch it in one go.

Designed and built for an Arrow Electronics commercial, the contraption was created by Sacek using only LEGO and the platform’s Mindstorms NXT programmable robotics kit. Seriously, what can’t that thing do? 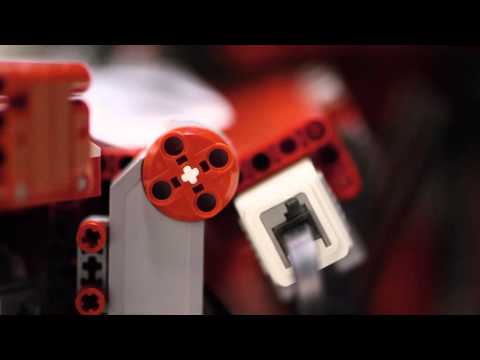 And the obligatory ‘making of’:

While it isn’t the first paper airplane folding machine we’ve seen, it’s certainly one of the most impressive–particularly due to it only being built from plastic toy bricks.

Can we get an official ‘kit’ for this one, LEGO?