How To Make A Beautiful, Backlit Epoxy Resin Chess Set

Though many people think of chess as a boring, non-contact sport to watch, there’s nothing boring about a chess set which lights up in the dark. Crafted by YouTube creator CraftStation, he repurposes an old, wooden chess set and uses the pieces as molds for an awesome resin-casted set:

After encasing the chess pieces in a couple of hastily put together plexiglass containers, CraftStation pours in a foam mixture to mimic their contours. With the foam solidified, he cuts out the chess pieces and uses the foam as a mold for his new resin chess set.

Using a mixture of resin, water, and dye (blue for one side and white for the other), he fills the chess piece molds to create his pieces. He then keeps these molds steady in an upside down position using pieces of wood and some rubber bands while waiting for them to dry.

Once the resin has dried, he removes the new chess pieces from the foam, cuts off the excess resin, and uses a 200-grit sandpaper to smoothen out the bottom before finishing off with an 800-grit piece of sandpaper. He also runs the pieces through a polisher to make them look shinier and adds tiny magnets on their bottoms to give them a bit more weight and activate the light up chessboard.

Now for the part which actually lights up: the chessboard. Unlike the chess pieces which use molds, the top of the board is 3D printed, hollow, and is made from fluorescent plastic to allow light to pass through it. After cutting out the excess material, CraftStation arranges the top pieces and glues them together to form the chessboard’s playing field.

Crafting the body of the chessboard is a lot more traditional. Using pieces of wood he cut himself and a lot of wood glue, he works around the playing field until a nice, white border takes shape.

In case you were wondering why the chessboard is so hollow, it’s so that it can make room for all the electronics which will allow it to light up in the dark. After drilling some holes to add the numbers, letters, handles, and a switch on the board, CraftStation starts working on the innards of his chessboard.

By creating a simple circuit using a magnet, LED, and reed switch, the lights under the chessboard light up every time the metal under the chess pieces makes contact with the magnets. This allows the board to light up only in places where players puts their pieces and makes the start of the game light up the two opposing corners of the board.

CraftStation painstakingly glues each magnet onto each piece on the chessboard; making sure not to accidentally break the circuit. He solders the circuit onto the chessboard numbers and letters before gluing the LED lights onto borders of the individual chessboard playing field pieces. This is by far the most time consuming part of the project but once it’s done, the whole set will literally light up like Christmas.

He adds a couple more LEDs to the bottom of the chessboard before coating the borders in yellow and black paint.

Having the chessboard charge your phone to play ridiculously loud music is a nice bonus, but being able to play with it in the dark is awesome all by itslef. Now instead of hiding your love for the sport behind closed doors and retirement homes, you can blind onlookers with an array of flashing lights and a cool-looking chess set.

CraftStation makes tons more DIY projects, all of which you can find on his YouTube channel. 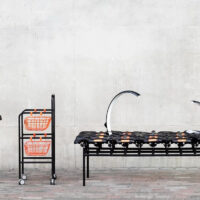 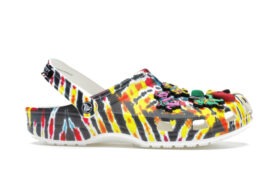