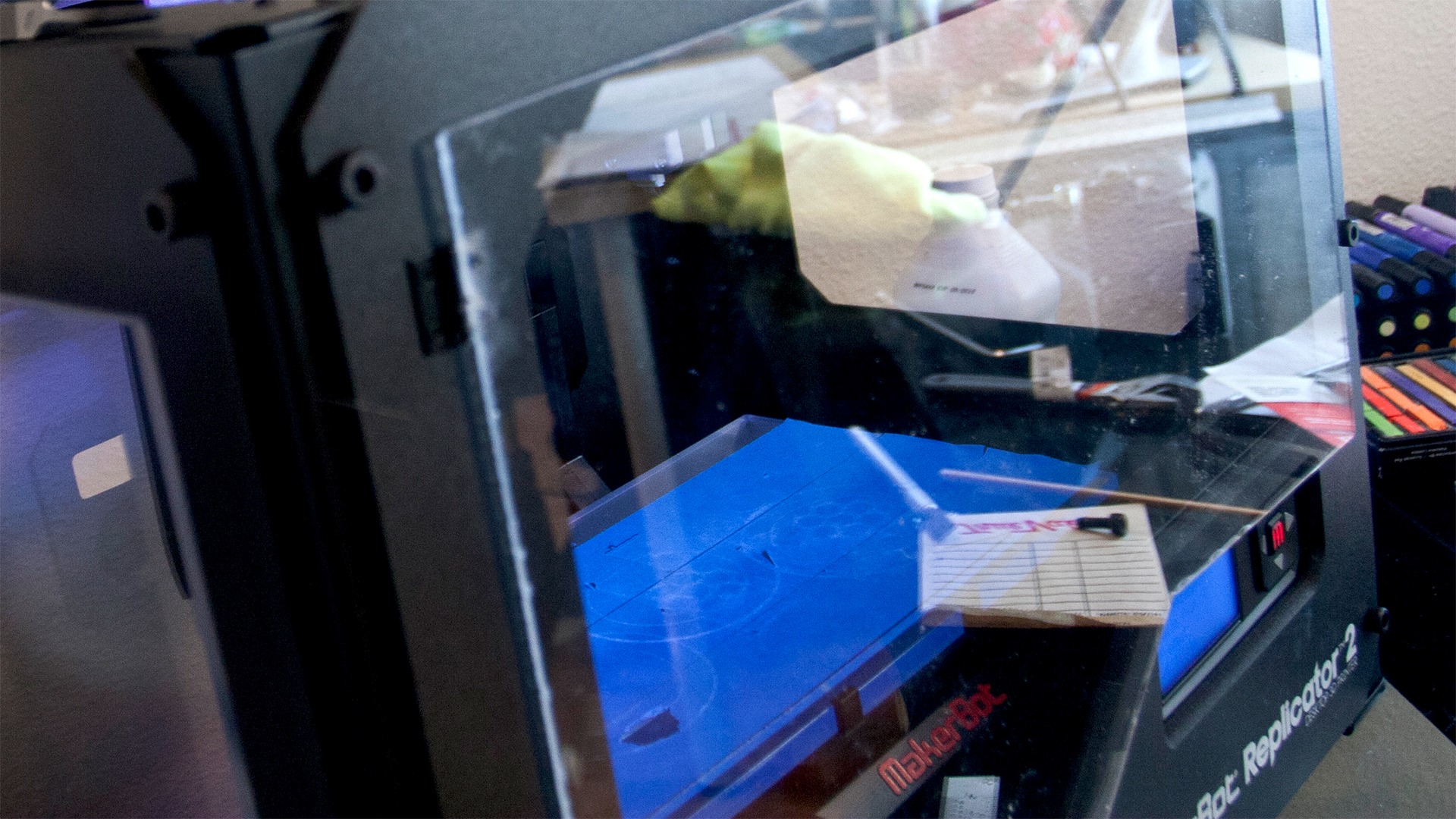 For just about as long as I can remember, I was obsessed with making things. My ceiling was completely obscured by hanging model airplanes and my collections of Legos and K’Nex were, let’s just say… significant. As a kid I absolutely loved making models and toys just to have them, play with them, and look at them. But as I grew up I found that I was less and less satisfied making things that somebody else had designed, and more interested in making my own creations. I had a bit of a problem though.

For whatever reason, none of the things I created ever felt as cool as what you could buy in the store. Somehow they just seemed less… valuable, less worthy of existing. They were always just slightly flimsier, or the pieces wouldn’t quite line up. If I’m honest, the things I made were shoddy compared to the professionally made toys and models. I knew I was missing something that the pros had, and I desperately wanted whatever it was that let them make all of those awesome things. Recently I came across this ~1min video by Ira Glass (producer of the podcast, This American Life) who explained what I was feeling perfectly.

Not as Good as the Pros

I always felt incredibly frustrated by my inability to create something as skillfully as the pros. When I was first learning to make, I knew that my skills were lacking. I didn’t have the experience to turn the cardboard or plywood into what I intended. There was also a long period of time in which I blamed my poor results on a lack of tools and materials. Further still, I went through another phase where I was dissatisfied with the things I actually did manage to make because I hadn’t made them using the “correct” methods. For a really long time, I believed to my core that without the right skills, tools, and materials, a project wasn’t even worth starting because it would never come out right. I believed the results would always end up being subpar. That belief killed a bunch of projects before I had even TRIED to start. I quit out of fear.

The project in question: Makerbot mods! I added some acrylic panels to protect it from drafts, and added a lamp as a heat source to minimize warping of my prints. There are some pretty rough edges (literally and figuratively), but I’m still pleased with the results of the project!

Fast forward a decade or two, I was recently working on a quick project and something struck me: I had started and finished the project and felt completely satisfied with myself and the results by the time it was finished. What’s more, the finished product has some glaring “problems” with it — it looks crude and unfinished — something which would have been unacceptable to me in the past.  Somewhere in those years between then and now, I have figured out that the problem didn’t, in fact, lie with a lack of equipment or lack of experience, but rather with my mindset.

What I’d like to talk about today is, exactly what that mindset is and how it helps me bring my ideas to fruition. Here is my list of idea-killing thought patterns, and what I’ve learned about overcoming them them.

When we learn new skills, I believe there is a progression with how we perceive our strengths in that skill. At first, I told myself (and rightfully so), “I don’t know how to do this at all.” Trying something new can be scary — “What if I fuck it up?” “What if I lose a finger?” — this fear prevented me from trying new things. When I’m telling myself things like this, the best way I’ve found to overcome those fears is to:

2. I Don’t Have the Right Tools

As I began to trust my new abilities as a teenager, I found that I transitioned into a mindset that made me think I was an expert. Have you ever had that friend who went on a diet and all of a sudden started doling out nutrition advice to EVERYONE? That’s the sort of “expertise” I’m talking about. In my early teens, I started to believe that I was actually pretty good at making things. However, during this period, I didn’t make very many things, despite my “good skills.” I told myself and everyone else that “I didn’t have the right tools to get the job done.” Instead of owning up to my own shortcomings, I made excuses for why I wasn’t being creative and it got me absolutely nowhere. My creativity stagnated because of my ego. As I matured, I learned that I had to learn to see the positive elements of my work, rather than the negative ones. Sure, a lot of the things I’ve made have not been pretty, or have not worked very well (or at all), but each time I failed, I learned how NOT to do something. Isn’t there a quote from Thomas Edison about that?

Now, don’t get me wrong — tools are wonderful, but here’s the thing: having lots of fancy tools can make your life easier, but chances are pretty high that a basic tool kit and some creativity will get you a lot farther. Especially if you’re on a budget. I recommend starting with the following list of tools. They’ll get you quite far.

3. There’s too Much To Do/The Project is Intimidating

There is a third phase of skill acquisition that I eventually found myself in. It was characterized by a deep realization about how little I actually knew. The more I learned how to do something, the more I understood how deep the rabbit hole could actually go. When I first learned how to weld using a MIG, I was so friggin’ pumped about how many doors that opened to me. But as I learned more — about all of the different types of welding, the techniques, the sheer art of it — I quickly became overwhelmed by the thought of learning it all, and depressed about how little I actually knew.

During the times I actually managed to start a project when I was a kid, I was often faced with the intimidation of its scale. Looking back, everything I undertook was pretty little-league, but at the time, the finished product always seemed so far away. I found myself cutting corners just to finish, or even throwing in the towel early and simply giving up. I’m sure in part this was due to a lack of maturity, but over time, I learned that there is a certain amount of fulfilment to be gained from completing a project or learning a skill thoroughly. This doesn’t necessarily mean it had to be a painstaking process, but completing each step to my standard of quality was, to me, a worthwhile endeavor. The best way that I’ve found to cope with the feeling of being intimidated is by being highly involved and focused in the process and appreciating each and every small detail. At risk of sounding like a buddhist monk, I find that being present with whatever I’m doing is very effective at calming feelings of being overwhelmed.

There you have it, those are the three thought patterns that I remember struggling with most in the past. Dealing with them is a constant practice and in fact, I’m working on a project right now that will be testing all of these pretty extensively. While the scope of the project isn’t world-changing, it’s bigger than anything I’ve ever undertaken before. In essence, I’m going through and recording the entire process of developing a product and bringing it to market to give you an inside look at what is involved. I must admit that I’ve kept myself up at night worrying about how the hell I’m going to make everything work. What I’m learning though, is that no matter how big a project is, it can always be broken up into smaller chunks, and those are much more palatable. By focusing one step at a time, working on each chunk as its own unit and completing it to that standard of quality I mentioned earlier, I’ve been able to make it farther than my younger self would have ever thought possible. There are a lot of things that I don’t know how to do, but I’m using the mindsets that I’ve developed along the way to help me succeed. So here’s to developing new skills and making things happen!

I’m curious to know — What things do you struggle with when it comes to turning your ideas into reality? Leave a comment below, I read every single one.

Behind the Design: POMCH Brings the Vacuum Forming Aesthetic to the Masses