Hollywood seems to have a love/hate relationship with 3D Printing. And who doesn’t love/hate Hollywood? Daniel Terdiman at CNET wrote a piece called “Why Hollywood Loves 3D Printing.” Its a great piece about how 3D printing is speeding up the production process and improving prop-making.

When director Jon Favreau and Paramount Pictures were making the hit 2010 film, they needed to find the best way to put together a physical Iron Man suit for certain scenes in the movie that couldn’t be computer generated.

Rather than build models by hand, as was long the practice in Hollywood, the filmmakers turned to 3D printing, one of the hottest technologies around.

Indeed, in the film’s scenes that were done in live-action — as opposed to CGI (computer-generated imagery) — its star, Robert Downey, Jr., can be seen wearing a suit that was first digitally modeled, then produced in pieces on a sophisticated 3D printer, and then painted.

Though it’s not a technique that’s much discussed outside the industry, 3D printing is increasingly being adopted as a way to help make movies more efficiently and quickly than ever, according to Jason Lopes, a system engineer at Legacy Effects, an Oscar-nominated effects studio. 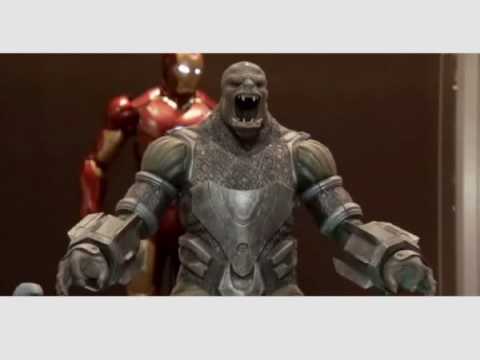 I designed the 3D cad file, uploaded it to Shapeways, ordered one, and promptly (18 hours later) got a Cease and Desist email letter from Paramount’s lawyers telling me to take down the file.  I didn’t want to fight in court, so I complied and am not selling, and have not sold, nor will I in the future be selling any Super 8 replicas.  I took down the CAD file so no one can order it.  It’s purely just a fan creation and only one exists, which I ordered for myself before receiving the C&D letter.

It’s a scenario similar to Hollywood’s fight against illegal downloading of films and soundtracks – a fight that Hollywood continues to lose. Many have petitioned that the studios ought to take a more pro-active and conciliatory approach and work with makers rather than fight them.

It’s been 7 months and they [QMx – a movie/film prop replica seller] still haven’t started making these yet. I wonder what’s going on. Paramount should’ve licensed it to me… They’da been in fan’s hands 6+ months ago.

Silly indeed. I think the smart move by Paramount is to develop a simple online licensing system. If you want to sell your design of… perhaps, that Golden Statue from Indiana Jones… you sign a form, pay a fee and begin selling.

Of course, we can’t stop you from making replicas ‘illegally’ just because Hollywood can’t disattach itself from an out-dated model.

Wisdom of the Crowd: The Amazing FlipSteady iPad Cover, Best Ever.

Thumb Kisses are Sweet… and so is this App