'Fab by Example' Aims to Take the Complexity Out of Product Design for Consumers…Huh?

So far we’ve seen 3D printing being used at the consumer/prosumer level as a way to create static objects with relatively few—if any—moving parts. A large part of this is due to the rampant use of low-level CAD programs that offer little more than digital pushing and pulling combined with an output method that is limited to one material. Ultimately, professional content creation tools are just too complicated for the general population to design products with…as expected.

With this in mind, a team of researchers from MIT’s Computer Science and Artificial Intelligence Lab (AKA CSAIL) has developed a new platform that enables non-designers or engineers to create more complex assemblies in a more traditional CAD environment.

Fab by Example aims to create what is essentially the product design equivalent of video game avatar creation: a user is given a base model and is able to dramatically change the appearance, sizing, and looks without affecting the backbone DNA of what the end product is made of:

Consisting of dozens of distinct template models, the parametric modeling platform allows a user to customize any number of pre-loaded designs ranging from go-carts to jungle gyms and various pieces of furniture through a drag-and-drop interface.

To “allow you to design and fabricate practically any off-the-wall idea that’s bouncing around your head”, according to project lead and CSAIL PhD student Adriana Schulz. 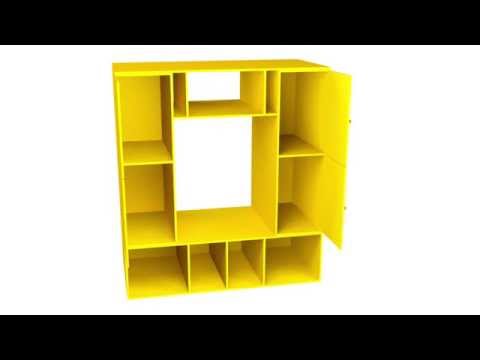 The team is working to grow the database of templates to feature everything from cars and houses to headphones and watches and eventually offer the option to source all of the materials and products from directly within the platform. There is even a mentioning that they would have ‘local reps’ that could come to your house with the materials and assemble the final product in your garage on the same day.

“Where previous do-it-yourself design databases have required an advanced degree, or at least expertise in computer-assisted design (CAD) software, the team says that now even someone with simple computer skills can make a own customizable item.”

What do you think?

Behind the Design: The 'Sense' Sleep Tracker That Has Raised Over $2 Million on Kickstarter

Behind the Design: The iPad Case That Can Hang