Sure, the initial impact and risk to life in a fender bender are pretty frightening; but having to deal with the insurance company and getting the car fixed afterward is just as terrifying. Affidavits and scamming auto shops are only a few of the terrors which should scare you into never hitting another vehicle again.

So what should you do when your car does get a dent—your fault or otherwise?

You could bring it over to a body shop as most people would, OR you could try to fix it yourself with some hot water and a plunger. 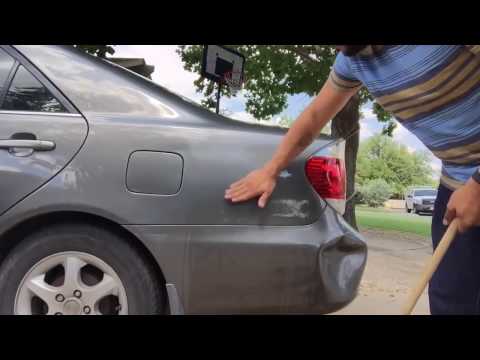 Adam from the YouTube channel Adam’s Life Hacks shows how to fix an old, multi-dented Toyota Camry using normal household items. After boiling some hot water in a pot, he pours it over the dented areas. The heat makes the metal more expandable and malleable, allowing it to be pushed and pulled easily.

Since the shape the parts conform to is the car’s original design, it becomes much more likely they will pop back into position. In the case of this particular car, Adam uses a bathroom plunger to pop the first dent back into place.

For the second rear dent (which is on the bumper corner, no less), Adam has to resort to the more conventional method of getting under the car and manually pushing the metal back into place. It takes a couple of tries, but for the most part, the bumper comes out with just a few paint scratches and a significantly smaller dent on the back. 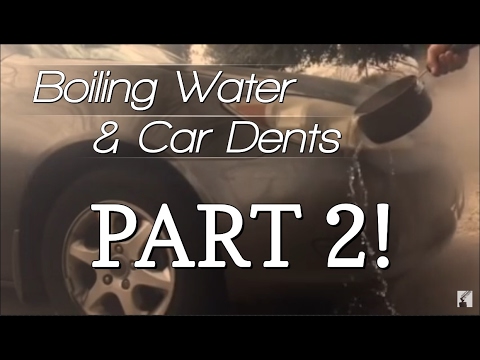 He made another video a year later where he shows the results of his original handiwork and his attempts at removing another dent, this time on the front right bumper of the same car. Using the same tried and true method of pouring hot water and pushing the bumper out, Adam manages to get most of the dent removed; leaving only a small bump on the front of the car. 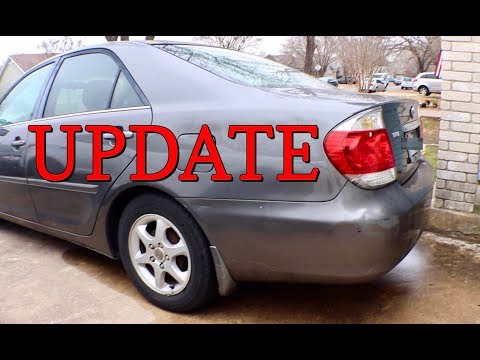 This isn’t a surefire way of fixing your car’s dent problems. While it does work on metal, parts like side mirrors, lights, and wheels will not work. Pouring hot water over metal also has its problems. It could warp the metal out of shape, make it less sturdy; it could even ruin your paint job if your paint isn’t up to par.

YouTube Model Maker BLACKHAND Is Back With A 10,000 Match Flaming Skull