Having been working together for over twenty years now, brothers Ronan and Erwan Bouroullec likely have what most would consider a solid sibling relationship. The brothers – who are five years apart in age and are known for carrying distinctly-different personalities – have been keeping busy during the last two decades working on product designs for a range of manufacturers including Vitra, Kvadrat, Magis, Kartell and Alessi, among others.

For anybody who saw Gary Hustwit’s 2009 documentary Objectified, the Paris-based brothers might look familiar; Hustwit interviewed them alongside other notable industrial designers including Jony Ive, Dieter Rams and Marc Newson.

In 2012, esteemed book publisher Phaidon Press published Works, a comprehensive monographic book about the Bouroullecs and in 2013, under the art direction of Cornel Windlin, JRP Ringier published a 864-page paperback book called Drawing that collects more than 850 process drawings that Ronan and Erwan Bouroullec made between 2005 and 2012. 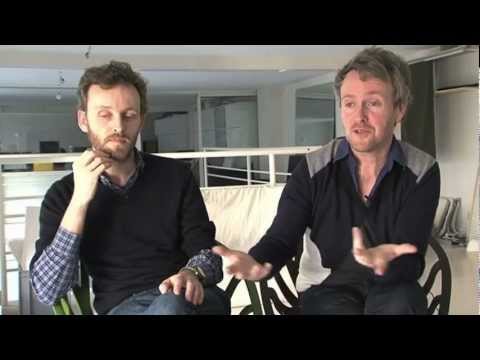 “Wrought iron – the shaping of iron by hammering – is one of the oldest techniques for making objects,” says the brothers.

“For the Magis Officina collection, we wanted to work with this ancient process and give it a new visual language. The result is a system of legs with a newly made geometrical shape. As structural elements, they can create furniture of extreme sophistication, refinement and harmony. The surface of wrought iron is alive and imperfect, which lends the objects a special vibration.”

LiquiGlide is Finally Coming to Wood Glue and Other Consumer Products