With hundreds of officially licensed figures ranging from the Alien franchise to Mars Attacks!, Hong Kong-based Hot Toys Limited has been the go-to production house for ultra-detailed media property figures that fetch hundreds to thousands of dollars from loyal toy collectors.

Established in 2000, the company began by producing high-detailed 1:6 scale U.S. military special forces action figures before transitioning to figures based on popular film and television franchises under their Movie Masterpiece Series brand including Arnold Schwarzenegger as the Terminator and Michael Keaton as Batman.

Unlike mass produced toys that grace the aisles of big box toy retailers though, the figures that come off the line at Hot Toys actually look like the proper humans that they’re based after – thanks to a high-caliber team led by expert sculptor Yulli and painter JC Hong, who is also the company’s president.

In this South Korean video that explores the career and processes of a toy designer, Hong explains the tried-and-true process that the company uses to create their hyper-detailed action figures from scratch – starting with intricate clay detailing before moving on to highly-detailed painting and final assembly: 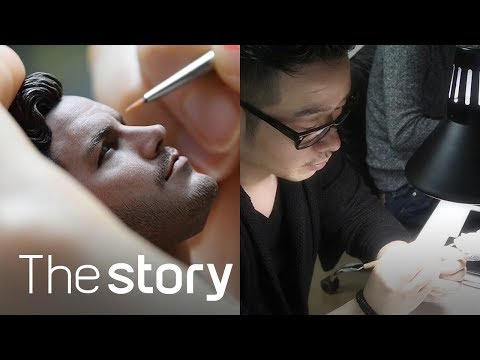 As for the career outlook aspect highlighted in the video, Hong’s best advice is to actively post your best work online and let companies find you – rather than seeking companies out with resumes and job applications.

In any case, it’s always nice to see how analog tools and working by hand – such as clay modeling – are still relied upon for creating products rather than resorting to digital sculpting and 3D printing.

Check out the company’s impressive portfolio of handmade action figures by heading over to Hot Toys.

Lexus is Set to Unveil Their Hoverboard on August 5th