Engraving isn’t just for little league trophies or IT departments; for Bram Ramon, it’s an evolving art medium. Ever since he started working on fine jewelry and eventually making his way to expensive watches, Bram has been on the search for what he calls “the beautiful line” – traditional engraving techniques which he makes with his own hands. 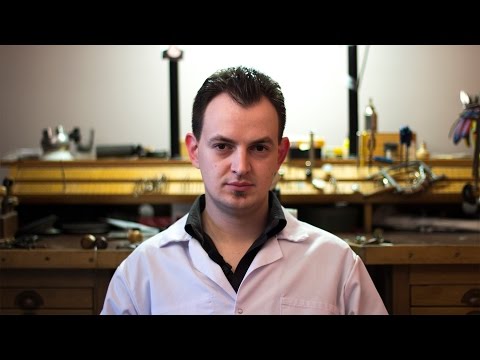 To this end, he works on every piece of metal he can get his hands on— including his fiancée’s engagement ring.

But really, most of his handmade engravings can be found on some expensive watches, ranging from Rolexes to the Swiss Patek Philippes. 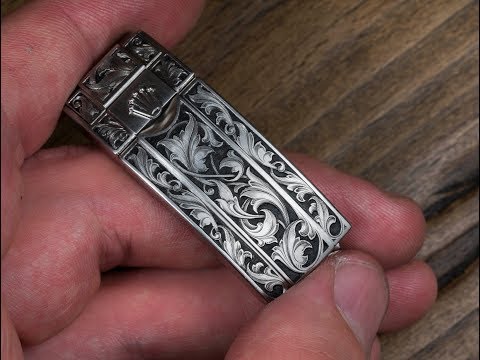 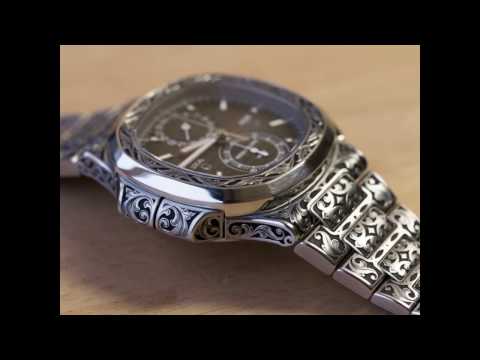 One thing you might notice from the above videos is how small the engravings are compared to his fingerprints. These etchings are tiny, as Ramon requires the use of a magnification lens to work on them properly. Using a small chisel and hammer, he chips away at the $6,000 watch and adds a unique design that no one else in the world will have. 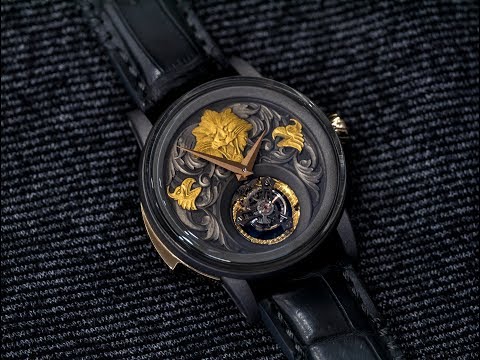 Some of his works even feature gold inlays, which add another layer of complexity to an already difficult task. There’s a significant risk he might accidentally slip up and ruin the watch, but once he works on it for around 150-300 hours, the cost of the watch will be priceless (or at least require you to put a mortgage on the house).

You can find Bram Ramon’s works over on his webpage, but you can also see his work in action over on his YouTube channel.