If you live in New York City, chances are you’ve come across at least one billboard featuring either the Quirky Aros or the beautiful mug of Quirky’s outspoken CEO Ben Kaufman. The open source product design and development company based in NYC has been pushing their new Aros AC Unit hard this summer as New Yorkers are trying to find ways to escape the heat.

The $300 unit is arguably the best-looking window AC unit ever and aside from looking cool…it is also one of the first smart home products that actually makes sense. Using the Wink app, users can remotely control their AC unit from their office or while they’re out and about…effectively saving energy and money while still being able to turn the unit on minutes before arriving home.

Additionally, the app also monitors usage to help users curb excessive energy usage and spending if they are trying to stay within a set budget:

Like all other Quirky products, the Aros unit was designed by a ‘regular joe’ with a great idea: create a great-looking window AC unit that connects to a smart phone. Even though the unit was only released a few months ago, 63-year-old inventor Garthen Leslie is expected to receive at least $500,000 in royalties this year alone—and it’s safe to say he’ll be receiving more of those Quirky-signed checks long into the future.

Released earlier this week on the Quirky blog, here is a behind-the-scenes look at manufacturing the Aros: 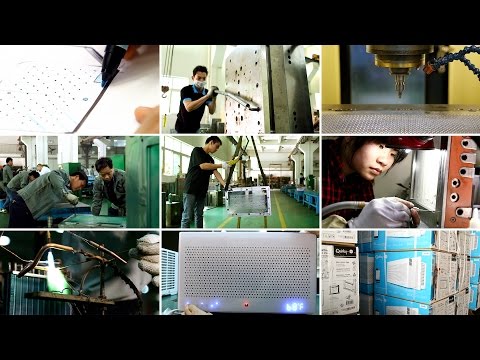 “The manufacturing process is often a mystery to people…they see an idea, they see some graphics and pictures, but they don’t know what’s behind that—there’s a lot people involved.”

Building an air conditioner that’s insanely smart and good looking is no small feat. Without the dedicated technicians at our tooling and manufacturing factories, Aros simply wouldn’t exist.

Back in May, we sent Adam Paskow, Aros’s lead designer, to witness the very first Aros units roll off the assembly line. The experience let him see the product he worked on in a whole new light.

“If every consumer and every designer got to see what I’ve seen, people would think about products like they’ve never had to think about them before,” he says. “Seeing each and every screw put into a product and seeing the person that put the screw in there is a truly humbling experience.” 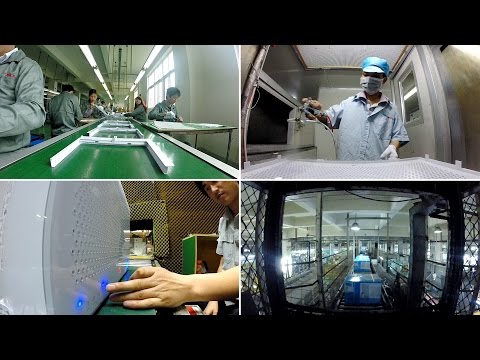 If you’re looking for an affordable window AC unit, it’s hard to argue that the Aros not only suits the bill but also looks great and has some fun factor. You can get one with free shipping right now over at Quirky.