Alva Is a Modular Flashlight That Leaves Your Hands Free

If you’re tired of using the flashlight of your smartphone to light your way, then here’s something a bit more modular: Alva. 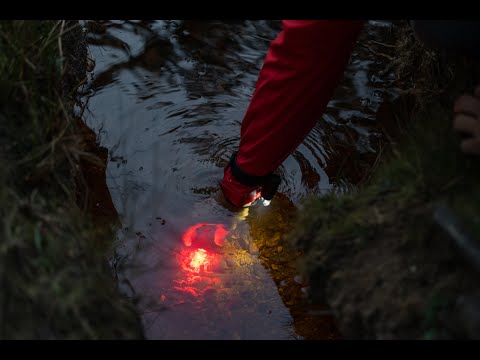 While you could always use a regular flashlight while working on something underneath your car, it leaves you with one less hand to work with, or at the very least requires you to get someone to hold the torch. Well, that is not a problem at all with Alva as it makes illumination a hands-free task.

Alva is a tiny but mighty modular flashlight that can be attached to a bunch of things. It can be slotted into a wrist or ankle strap, a keyring, and even a GoPro mount – leaving your hands free to do anything.

Popping this bad boy onto the wrist strap allows you to set the Alva overhand or underhand, thereby letting you point the light exactly where you need it to be. Seeing as the Alva weighs only 39 grams, its weight won’t be an issue when strapped to your arm or leg.

Alva lights come in two colors. The standard white light illuminates your path while the red light makes your position known to others (this is perfect for joggers and cyclists). The 110-lumen light output isn’t super powerful (it’s roughly a little brighter than a standard flashlight), but it should be enough to see areas clearly and let others know that you’re there.

The Alva can run for 3 hours on a full charge and takes only 40 minutes to recharge with a USB cable. You’ll be fine using one in an urban setting but for longer outdoor escapades, you might want to bring a charger and a couple of extra lights.

Prototypes for the Alva are currently being made. While manufacturers are aiming for an Ingress Protection Code of 67 (meaning they will be waterproof at a 1m depth for up to 30 minutes), they guarantee the finished product will at least have an IP65 rating which makes them rainproof.

It will take some time before production on the final design can be made (January 2022, to be more precise), but the project is already live on Kickstarter. If you want to learn more about Alva, or if you want to support hands-free lighting, be sure to check out its Kickstarter page.

Author Clock Is a Literal Take on Telling Time

What Ever Happened To Michelin’s 3D-Printed Tires?