For an industry responsible for wrapping material around a human foot for athletic performance purposes, it’s been a long hard road for shoe manufacturers to take 3D printing seriously as a viable form of bespoke manufacturing on a grand scale.

And while companies ranging from Under Armour to New Balance have been keeping pace, it is Adidas who has reached the finish line in what is sure to be an interesting test run of running shoes made through additive manufacturing methods.

Utilizing Carbon’s Digital Light Synthesis technology (CLIP)—a process that allows for the mass production of previously impossible midsole geometries for the unique needs of every athlete and customer—the Futurecraft 4D marks a new and exciting chapter in footwear design and manufacturing.

While previously 3D printing has been used extensively as a way of prototyping footwear midsoles, this marks the first time that a major footwear manufacturer has made a serious stride towards bringing the technology mainstream to tens of thousands of users across a chain of retail outlets.

“With Digital Light Synthesis, we venture beyond limitations of the past, unlocking a new era in design and manufacturing,” explains Eric Liedtke, Adidas Group Executive Board Member Responsible For Global Brands. “One driven by athlete data and agile manufacturing processes. By charting a new course for our industry, we can unleash our creativity- transforming not just what we make, but how we make it.” 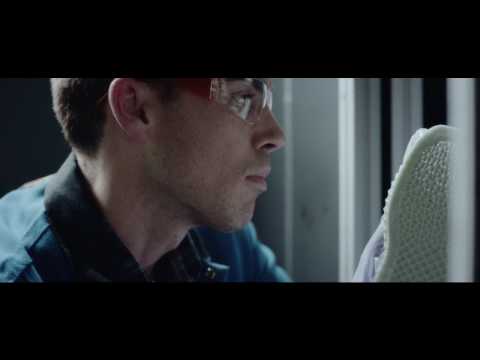 Of course, creating a one-off prototype from a 3D printer is one thing; creating a wearable 3D printed midsole that can withstand the average abuse that typical rubber midsole goes through is an entirely different challenge. Working closely with the Adidas design team to understand the use cases, the Carbon team developed over 150 different material formulations to achieve the desired mechanical properties of the 3D printed midsole.

“Despite the influence of technology to improve almost every other aspect of our lives, for eons the manufacturing process has followed the same four steps that make up the product development cycle – design, prototype, tool, produce. Carbon has changed that; we’ve broken the cycle and are making it possible to go directly from design to production,” added Dr. Joseph DeSimone, Carbon founder and CEO. “We’re enabling engineers and designers to create previously impossible designs, and businesses to evolve their offerings, and FutureCraft 4D is evidence of that. Our partnership with Adidas will serve as an ongoing testament to how the digital revolution has reached the global manufacturing sector, changing the way physical goods are designed, engineered, made, and delivered.”

Find out more about the Futurecraft 4D shoe and its future availability over at Adidas.