3D Systems is getting into the Consumer 3D Printing market in a big way. If you recall last January, the Cube was showcased on the catwalk we all know as the Consumer Electronics Show. From the outside, The Cube seems to ‘walk-the-walk’, but can it ‘talk-the-talk’? We will soon know. The Cube is now available for pre-order at $1,299. According to Cubify.com, the release date will be May 25th. Ready to crack open that checkbook?

The Cube’s biggest selling point is user-friendliness. The biggest problem with the RepRap and its clan of DIY 3D printers is that they cater to hobbyists. Assembly and operation is a matter of trial and error. Trouble-shooting is a matter of scanning forums and being very patient for the less-than-knowledgeable. The Cube attempts to dispel all these problems by selling a pre-built product, print cartridges (rather than filaments), user-friendly software and 25 free prints from Cubify (an online marketplace of designs). Oh, and you can print your item via wifi – cool! 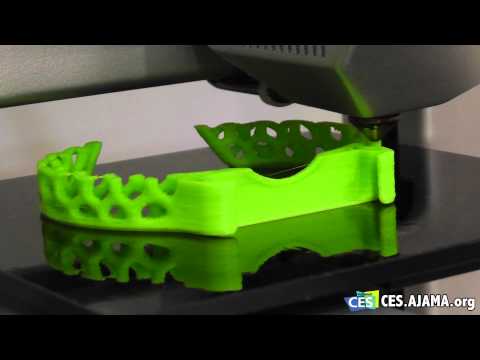 Things that make me go ‘hmmmm’

You do not print from .stl files. You print in .cube files with 3D System’s ‘Cubify Client Software’. No indication if you could say… print something from Thingiverse. I hope to goodness they allow that. That would make far too much sense.

I haven’t had a chance to test drive a Cube yet – I dearly hope to soon. Because I am really curious to see if the mighty 3D Systems can compete with the DIY 3D Printing Revolution. It’s not David and Goliath – more like Goliath versus a lot of Davids (and they all have 3D printed slingshots!) The biggest David we have out there, Makerbot, has released The Replicator which features a larger print volume, dual extrusion and Thingiverse (which is gloriously free.) The more number of printers that arrive on the market, the lower the price goes. The Solidoodle is priced at $499 for nearly the same specs as the Cube – and I can buy filament from anyone, without having to use a specific cartridge.

My take? The Cube seems to lack Soul. Specifically, open-sourced Soul. It’s a proprietary system. The cartridge, the software, Cubify’s marketplace is designed to suit a closed system that is the antithesis of what i call ‘the beating heart of 3D printing.’ That’s not to say that it won’t be a success, but it certainly misses the subversive nature that made the RepRap and its brethren famous. The fact that the Cube doesn’t deliver any resolution, size or speed improvements over their competitors for a higher price tag might be its Achilles’ heel. Then again, I own a Macbook Pro, so THERE.