I don’t know what you think when you hear of small prints that can expand to 40x their size, but my first thought is JACKETS. Thousands of little jackets printed, stored, and expanded with heat when I need a new one. Just think, unlimited jackets. Of course, there are some other applications like, oh, let’s say aerospace, automotive, medicine but everyone in those industries needs jackets too, so…

Researchers at the University of California San Diego developed the capability with a foaming prepolymer and published it in a paper at Applied Materials & Interfaces.

We have developed a foaming prepolymer resin for lithographic additive manufacturing, which can be expanded after printing to produce parts up to 40× larger than their original volume. This allows for the fabrication of structures significantly larger than the build volume of the 3D printer that produced them. Complex geometries comprised of porous foams have implications in technologically demanding fields such as architecture, aerospace, energy, and biomedicine.”

The chemicals comprise an array of liquid monomers, oligimers, and crosslinkers but the basic process is that used in an SLA 3D printer. In this case, a very inexpensive Anycubic Photon UV LCD 3D Printer was used to print the 3D models created in Rhino (edu version) with STL optimized in Autodesk Meshmixer. After printing, the foam was expanded using a Thermo Scientific Lindberg/Blue M VO914A vacuum oven.

Here’s more on the technology from researcher on the project, David M. Wirth, who goes further into demonstrations and the applications, including expandable prints for aerospace: 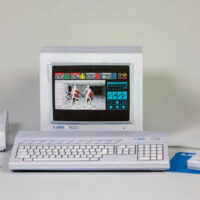 Construct the Computer From Your Childhood With These Downloadable Papercraft Models 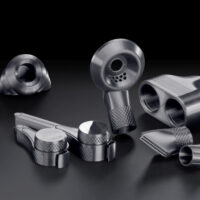 10 Free Miele Accessories to Download and 3D Print at Home 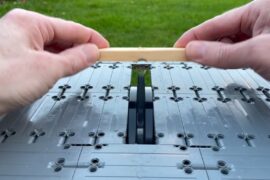 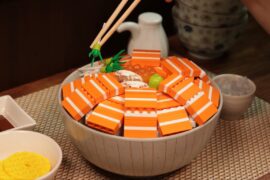