Work keeps piling up on the daily and with no way to really know when to clock out, our minds have a tendency to stay in work mode 24/7. With this, we always find ourselves looking for a way to soothe our minds. 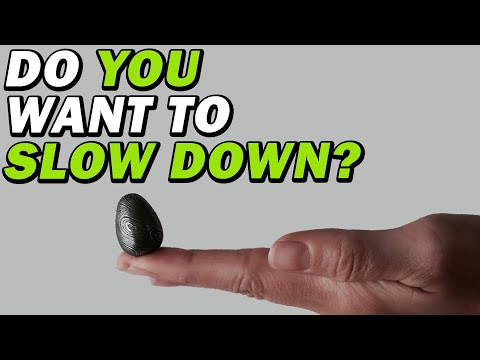 The Thinking Egg II by Orijin is the second iteration of the design company’s iconic mini-egg. Designed to be a simple calming tool to aid with recentering yourself, this new version comes in 5 new material types.

But what is the Thinking Egg exactly?

Well, it’s an egg. And not much more than that.

Since egg is widely regarded as a symbol of good luck and wealth (not to mention its natural geometry is symmetrical and very alluring), Orijin decided to miniaturize the design so people could easily fiddle with it in their hands. Regardless of the material, each Thinking Egg II measures 17 mm wide, 23.38 mm tall, and is perfectly balanced so you can stand it upright without any support.

The differences lie in what makes up each of them. The Thinking Egg II comes in 5 materials: crystal quartz, tiger’s eye, sandstone, Damascus steel, and (thanks to a Kickstarter stretch goal) jade. Each material has its own “metaphysical properties” and weight, which can help influence your decision on which one to get if the different colors aren’t enough.

Now let’s be real for a second. The Thinking Egg II’s shtick is that it’s a small, hard-to-break egg you can fit in your pocket and take out when you need to calm down or just fidget with something. I’ve never been one of those people who believe in the magical healing powers of rocks, but if you’re into that sort of thing, I won’t judge!

No matter what your stance is on healing rocks, you can’t deny how sleek and simple the Thinking Egg II is. It takes a natural shape that makes it irresistible to fondle during your down time.

The Thinking Egg II is currently live on Kickstarter, where it already has a whopping $401,461 fund out of its initial $5,550 goal. I guess people really do believe in the healing powers of rocks, then!