Aiming to bring that power to even smaller devices, Raspberry Pi today announced the Model A+, an even smaller chip that brings more power and features at a surprisingly lower price point: $20.

While the original aim of the Raspberry Pi was to inspire kids to write code and build computers, the open source nature of the platform has appealed to everybody from professional computer engineers to industrial designers and garage tinkerers. The introduction of the new Model A+ today will surely have an even greater impact on these more mature users as wearables and devices with smaller footprints become the new normal.

“When we announced Raspberry Pi back in 2011, the idea of producing an “ARM GNU/Linux box for $25″ seemed ambitious, so it’s pretty mind-bending to be able to knock another $5 off the cost while continuing to build it here in the UK, at the same Sony factory in South Wales we use to manufacture the Model B+,” said Eben Upton, CEO of Raspberry Pi.

The new announcement comes relatively soon after Raspberry Pi announced their Model B+ in July of 2014. The Model B+ offered more flexibility for learning the Raspberry Pi platform while the Model A focused on being less of a power hog and embed-friendly for wearables and smaller housings. 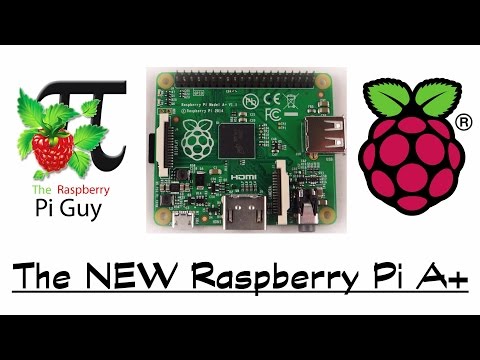 The Model A+ aims to bring the best of both the previous Model A as well as the Model B+ into a smaller and cheaper package. Starting with the same BCM2835 application processor and 256MB RAM seen in the original Model A, the Model A+ is 20mm shorter (65mm compared to 85mm), consumes less power and features add-ons that were previously only seen in the updated Model B+ including:

If you’ve been wanting to get started with a Raspberry Pi but don’t know where to start, consider the Beetbox project by multidisciplinary artist Scott Garner: