Last year, we took a quick peek at the Bollinger Motors B1 – a humongous off-road vehicle powered exclusively by electricity. Big, blocky, and just as transformable as any Transformer, this puppy was made to adjust to almost any outdoor need you can imagine.

Now thanks to Bollinger Motors, we finally get to take a behind-the-scenes look at how this environment-friendly monster was made over the course of 16 months: 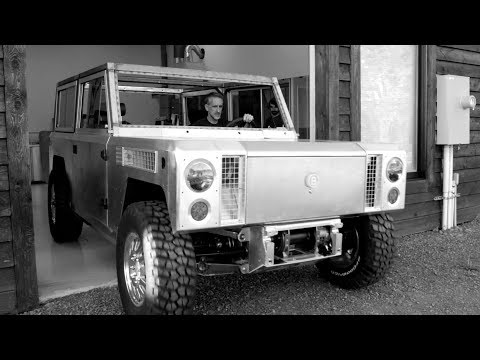 Function over form drives almost all of the Bollinger B1’s features.

Take for example the choice to make the vehicle electric. Making the B1 electric from the get-go was always the plan, according to Robert Bollinger. Apart from having a quiet engine, being able to plug in and power any electric device you need is a big plus whenever you’re far away from civilization.

The B1’s cavernous interior was also designed with practicality in mind. Having the ability to adjust the vehicle depending on what you plan on using it for is one of the B1’s coolest features, but it sure wasn’t easy to make.

To this end, a dedicated team worked tirelessly on the B1 to make sure it came out the beast they wanted it to be. Most of the vehicle’s initial designs were done via CAD and used as a framework for the prototype. It then comes down to the team’s various fields of expertise – electronics, interior and exterior design, and painting – to bring the vision to life.

As the build was ongoing, more features were added to the B1 which drove it away from its core concept: a simple, in-your-face 4×4 for people who love the outdoors. Since most electric vehicles tend to exaggerate their futuristic power, Bollinger and his team wanted the B1 to look like a more traditional 4×4. They stripped down a lot of unnecessary features (they won’t say which) until they ended up with a bare-bones vehicle – one whose features were practical and easy to understand.

The Engineer’s Curse — What is It and Do You Have It?!