Ladies and gentlemen – start your engines or as Nigel Tufnel from Spinal Tap would say “These go to eleven!”. This is Fiat S76, more famously known as The Beast of Turin from 1911 and it easily goes to eleven and beyond.

This magnificent car was built during the short Edwardian (or Brass) Era, spanning roughly between 1905 – 1914, as part of the ongoing quest for the ultimate speed. Its sole purpose was to overthrow the land speed record of 202.7 kph (126.0 mph) held at the time by Germany’s “Blitzen Benz”. The Beast of Turin reached 220 kph (137 mph) but due to unfortunate circumstances such as bad weather, balking timing equipment and a principled tram driver (no joke!), the madman behind S76, Arthur Duray was not able to do two runs within an hour – a requirement for a world record qualification. Official or not, it’s still quite an amazing and chilling achievement for a vehicle back from 1911.

Just for a moment, try to imagine yourself sitting behind the steering wheel of S76 and doing 200 kilometers per hour: 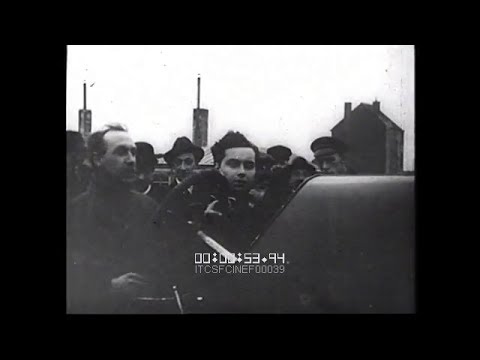 Back then, cars had minimal – if any – safety equipment (or any other features!) we now take for granted in modern automobiles. The Beast of Turin was and still is a potential deathtrap ready to raise havoc. You had to be a real daredevil (or just crazy or plain stupid) to come even close to being willing to jump into a seat of one of these monsters and push the pedal to the metal. When asked about S76, Duncan Pittaway described it quite eloquently: “Arthur Duray was one of the most experienced racers in the world at the time. He reckoned that first and second gear were okay, that third gear called upon all of his experience as a racing driver and that fourth gear needed the courage of a hundred men!”.

Only two of these beasts were ever built. One of them was dismantled by Fiat after the First World War in an attempt to prevent rival manufacturers to obtain access to its technical specifications and the other was bought by a wealthy Russian aristocrat Boris Soukhanov and eventually ended up in Australia where it was “modernized” and promoted as a “Fiat Racing Special”.

By now you are surely eager to know what’s hidden under the hood. Engineers at Fiat came up with a four-cylinder 28.5 liter (displacing over 7.1 liters per cylinder!) engine that featured some pretty cutting-edge hardware: four valves per cylinder, multi-spark technology, overhead cam valve operation helping it to spit hellfire and produce around 300 BHP at 1800 RPM.

Can you imagine the kind of noise produced by it? Oh, the horror… the horror…

Although the beast has been asleep for more than half a century it’s ready to rise from the ashes and roar once again. That’s right, if you hadn’t heard by now, the Beast of Turin is being restored and the man in charge of returning it to its full glory is Bristol-based enthusiast Duncan Pittaway. Pittaway hunted down the remains and obtained the chassis from Australia and the engine from its sister car that was dismantled by the automaker. It was missing three crucial parts that needed to be recreated: the double-chain drive gearbox, the body and the radiator. Referring to original drawings and photographs from the early 20th century it took Pittaway and his crew almost 13 years to rebuild the once powerful and elegant automobile.

It’s going to reappear (note: S76 was present at Goodwood in 2014 but due to some technical difficulties they were not able to start it) at the 2015 Goodwood Festival of Speed (25 – 28 June) in a special class of large and aero-engined racing cars (or “leviathans”) along with Mercedes, Metallurgique-Maybach, Benz, Darracq, Sunbeam, and Napier Machines. Most likely they’ll run it there and blow the audience away… literally.

Also, luckily for us, some of the restoration process has been caught on camera, archived and made available online by photographer and filmmaker Stefan Marjoram who is also working on a full-length documentary, hopefully released sometime this year featuring the Beast of Turin:

While the S76 has certainly made headlines in the motor world, it has also been an object of fascination in the always-mysterious CG Land.

Our very own Adam O’Hern over at cadjunkie recently released a MODO video tutorial series aiming to teach everything about modeling in MODO and build this magnificent automobile from scratch. Over the years there have been many great and awesome automotive 3D modelling tutorials, but none of them have featured a machine like this before.

Let’s end here with a video with Duncan Pittaway and Lord March taking the Beast of Turin for its first test-run in more than one hundred years at the Goodwood Estate: