August couldn’t come sooner because that is the month the Research Institute Edition of Lego, hits the self. Designed by Ellen Kooijman, a geochemist at the Swedish Museum of Natural History, this series of Lego Women in the field of science and research was picked over Sherlock Holms, Legend of Zelda, and Japanese Old Styled Architecture amongst others. 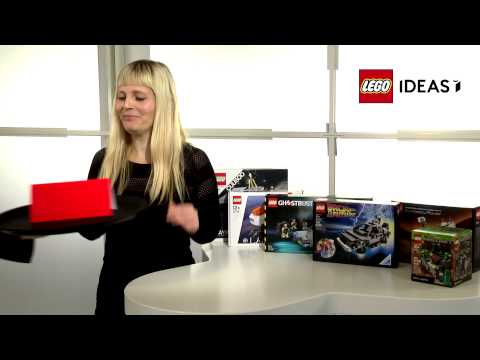 Lego has an Ideas Page where enthusiasts can submit their ideas and participate in a voting system. Any idea that gets 10,000+ supporters moves to the review section and is scrutinized by the in-house team for all the details. The above video explains it all. The case point here is the fact that Lego is making a gender shift without giving in to the stereotype.

The new set will feature typical Lego-esque models and not the curvaceous Barbie-esque types. One point in time, Lego also got rapped badly by girls as young as six, wondering why there were no girl-Lego-people to play with. Come August, and these girls – and boys – can lay their hands on a limited-edition box featuring three female scientists and can explore the world through the eyes of an astronomer and her telescope, a paleontologist and her magnifying glass (examining a dinosaur skeleton), and a chemist mixing solutions in her lab.

The curious have asked Kooijman what software did she make the models in? What did she use to make them look so good? To which she replied, “I designed the sets in Lego Digital Designer. Then I rendered them using LDD-to-POVray convertor and then POVray. Due to the limitations of LDD the heads and hairstyles I used here are a bit limited. Each figure comes with a 6×4 base plate and a corresponding setting to enhance the building experience and stimulate creativity. The sets also come with lots of accessories, such as bones, vials, a magnifying glass, etc. I have designed 12 individual vignettes, but I imagine a selection of 3 would make a good box size.” Sounds just about right.

In any case, Kooijman has no time to rest on her laurels because she still has to rework the magic for her next proposal – The Mini Big Bang Theory Lego Set.

Designers Reverse-Engineer Modern Gadgets Back to an Elemental State