In the case that the onslaught of superhero-themed movies coming out over the next few years isn’t enough to keep comic book fans busy, publishers including Marvel and DC Comics are in the process of announcing literally truckloads of toys and action figures ranging from your run-of-the-mill $10 posable figures to more complex trophy case-worthy vehicle replicas that can cost thousands of dollars.

While the release of toys to coincide with comic books has been happening for over half a century, none of these toys (and there are thousands of them) have gone so far as to highlight the process of how that toy actually came to be – until now.

DC Comics – one of the largest and most successful companies in the history of comics – has recently announced their new DC Comics Designer Series of action figures – a series that not only helps tell the stories of the comic book characters themselves, but also the story of how the characters came to be.

“We all have our favorite comic book artists,” says the company. “They’re the ones with a style that breathes new life and energy into familiar characters, making you feel like you’re experiencing them for the first time. They transform their comic into a work of art that stands out from the other books on the racks, all while also speaking to you on a personal level, making your reaction and enjoyment of their work a truly unique experience.”

Driven by the phenomenon of “experiencing (the characters) for the first time”, the DC Comics Designer Series of action figures highlights the 2D design process from some of the franchise’s favorite artists in the final and delivered 3D designs. 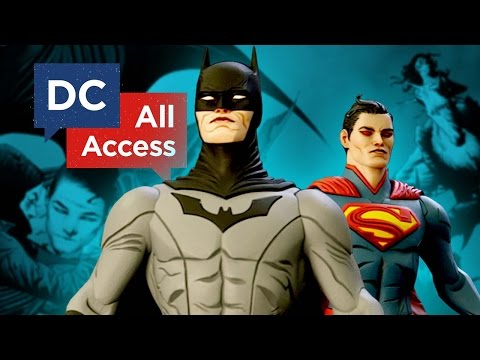 The company recently went a step further with the concept and announced a new DC Collectibles edition figure that will be exclusive for San Diego’s Comic Con – the BlueLine Edition Batman figure.

“It’s one of our more exciting, original lines, but it’s not without its challenges … nailing down the artist’s very particular style can be difficult. Especially since we’re talking about a style developed for 2D, hand drawn art, not for 3D sculpture.”

The seven-inch-tall Batman figures will come packaged with a unique character sketch (a limited run of 150 units will include the original sketches) from artist Jim Lee and are designed after the original Batman, Harley Quinn and Joker sketches from the artist himself:

Find out more over at DC Comics.