For those who watched Apple’s Developer Conference back in June, you might have remembered Apple CEO Tim Cook inviting out a CEO of a new toy car company that utilized Apple’s iOS devices as a ‘steering wheel’ of sorts to drive physical cars. For those who might not have seen the keynote presentation, these aren’t your usual Hot Wheels…rather, they are powered by robotics and artificial intelligence and scream around a race track contained by sensors rather than a physical ‘track’. The San Francisco-based startup toy company Anki is set to launch their first line of robotic toy cars tomorrow in Apple Stores worldwide. Here, we get to see a little bit behind their design process and what it takes to execute a modern smart toy car design.

“The First Video Game in the Real World” 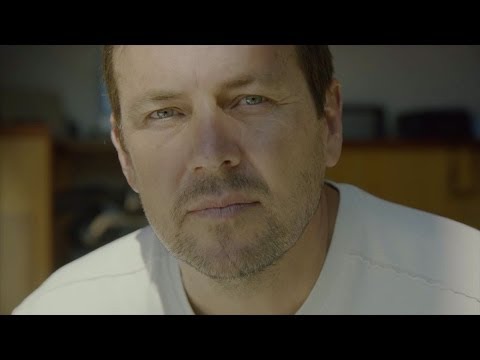 You probably haven’t heard of Harald Belker, but you most certainly have seen more than a handful of his creations. The quiet car designer is best known for his concept design work in Hollywood where he was responsible for designing cars for movies such as Minority Report, Tron:Legacy, the Iron Man Franchise, and Transformers. Perhaps it comes with little surprise that the founders of Anki Drive—three talented engineers—sourced him to create a design for their product idea after reading and ripping pages out of stacks of various concept art books.

“Design is extremely important for AI and Robotics because humans have to want to interact with them.”
-Mark Palatucci, Co-Founder

While car racing games having gone through dozens (if not hundreds) of design iterations (both in toy design and game design), this is the first product that aims to create a bridge between the two product categories—which creates a unique challenge in itself. After years in development, “the first video game in the real world” as described by the startup will go on sale for $199 for a set of algorithmically-controlled toy cars that race using an iOS device as a steering wheel. The set includes a mat and two cars that are controlled via a free app from iTunes. The mat includes sensors that communicate with cameras on the bottom of the toy cars and includes the ability for a user to race against a friend or against an AI-controlled car (hence, video game). While we’ve seen a myriad of iPhone controlled helicopters and other toys, these toy cars are actually highly-advanced pieces of technology that could have a much larger significance in other industries in the realm of automation (ie Driverless Cars).

“Create autonomous race cars where a race takes place in the future. Not just normal race cars, but race cars which include artificial intelligence and a lot of technology inside.”

For more info, head over to Anki

Could the 'Transport' Solve the Cycling+Bag Carrying Problem Once and For All?