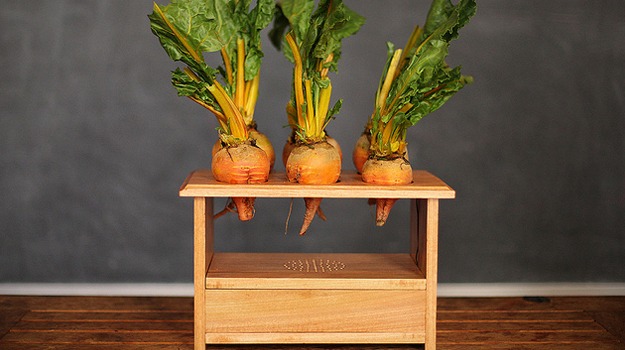 Powered by a Raspberry Pi with a capacitive touch sensor and audio amplifier in a wooden enclosure, the BeetBox is a wonderkind amongst the potato-powered clocks and other vegetable-powered electronics available today. Through using the capacitive touch sensor, users are able to play drum beats through touching actual beets.

BeetBox is primarily an exploration of perspective and expectations. I’m particularly interested in creating complex technical interactions in which the technology is invisible—both in the sense that the interaction is extremely simple and in the literal sense that no electronic components can be seen.

Using hand and power tools, Scott created an enclosure from .5″x8″ poplar boards sealed in polyurethane. Touch sensing comes from an MPR121 Capacitive Touch Sensor from SparkFun, from which he ported an existing Arduino code to Python.

The board communicates with a Python script on a Raspberry Pi via I2C. The script essentially watches for new touches and using pygame, triggers drum beats upon touching a beet. The audio comes from a small amplifier built into the unit that’s connected to a salvaged speaker mounted under the holes on the lid. 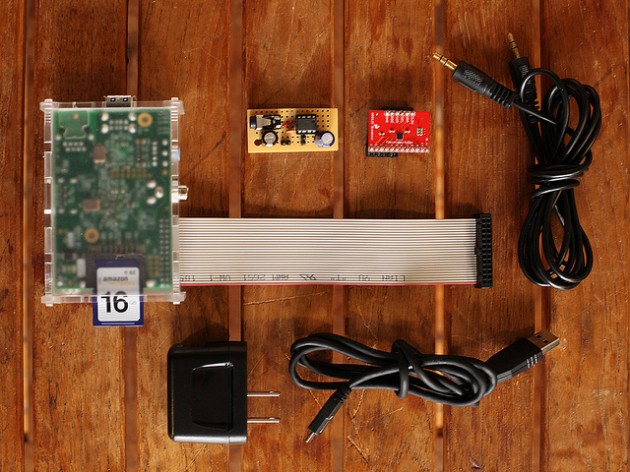 Scott proves that in today’s world of sub-$10 touch sensors and Arduino components, you really can make anything out of anything…and prove that it’s okay to play with your food. 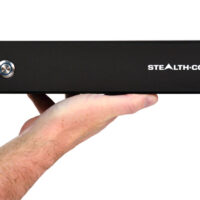 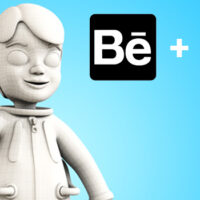 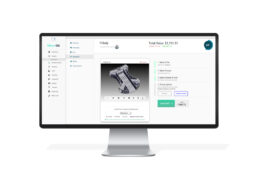 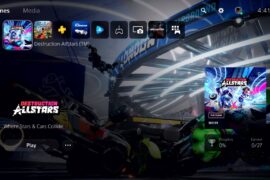 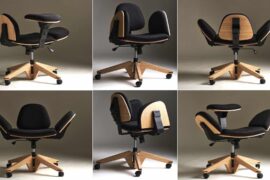 BeYou Chair Lets You Sit Anyway Way You Like