While some furniture comes mass produced and can be found in any dumpy chain store, others are absolute works of art ─ and Benjamin Nordsmark’s Contour Cabinet certainly falls into the latter category. His cabinet design was inspired by the layers and curves found in some modern architecture as well as his fascination with the carved mountainside rice terraces scattered across Asia.


Benjamin designed the cabinet using old-school, hand-drawn sketches–no CAD modeling (*gasp!*) or rendering (*gagaaasp!*) was used to achieve the unique look. He then cut each layer by hand out of plywood using a jigsaw, adjusted the shape and size as he went. He then painted the outside of the cabinet white as a connection to the inspired architectural models, as well as to highlight the shape and contour. While the outside is quite striking, the inside is, quite literally, a world of its own. 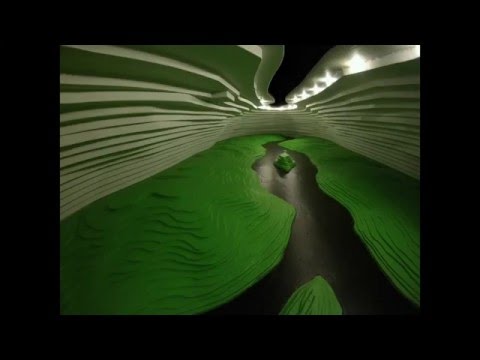 Yes, the cabinet is actually two separate pieces divided through the middle, which when opened by sliding/twisting the bottom piece out reveals a miniature world of green hills and black valleys, highlighted by LED lighting in the upper portion. The inside area also serves as storage, perfect for blankets, books, LEGO mini-figs… which would be perfect for exploring the woody-green landscape.

To see more of Benjamin’s furniture pieces, such as his Labyrinth Table and futuristic Gaudi chair as well as his other works of art, head over to his website and follow him on Instagram to catch a glimpse of his process shots.